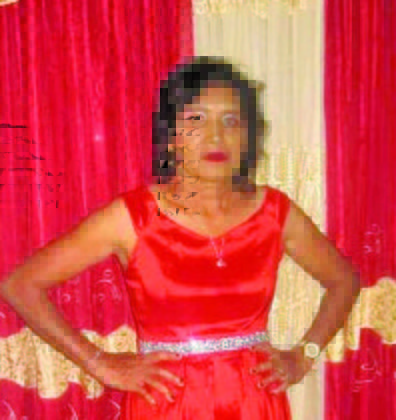 The family of Dulmattie Boodlall, 59, the seller of Lot 950 Block C of the Golden Grove Demerara East Bank (EBD), who was struck down and killed by a minibus belonged to Guyana Police in Peters Hall. seeking justice, no matter how long it takes.

In an interview with Guyana Times on Sunday, the woman’s son Sookram Deochand said he was disappointed with the Police’s actions and demanded to know exactly how his mother met her demise. The man said since the accident, his family has yet to be informed by the Police of what actually happened on that fateful day.
“Imagine, today [Sunday] was my mother’s cremation, and on our way back home we had to stop a passing Police vehicle to find out what’s really happening with the story, ”said the man.
The man said while stopping the vehicle and making inquiries, he was informed by an officer that the file had been sent to the Director of Public Prosecutions (DPP) for advice and that he would return soon.
“I ask him how we will know what is happening, and when it is actually the court and he told me he will come back to me. All he keeps saying is that he will come back to me. These people never come one day to tell us that this is what really happens, do I have to be running around to get some information, ”said the man.
Deochand said a few days before his mother’s funeral he went to Providence Police Station to pursue the matter, and was told the cops would be going to the scene to make measurements.

He said he asked officers if it was OK to go to the location to see the measurements being taken and they agreed.
However, on the day they were due to attend, the officer went without family members.
“This is very difficult, do you know why, because somebody knocked down … we don’t know who the driver is … we don’t even know the driver’s name … this is is real nonsense … they don’t even look like they are having time with us … “the man explained.
The woman’s son said since the day of the accident, the cops have been acting flawed. He claims that the person who was driving the minibus at the time of the accident was a “police chief”.
“It looks as if we leave this thing this way, it will leave just like this, but it will continue to run until I get justice for my mother … my mother cremated and we didn’t we see no Police at all. Nobody checks on us and no one does either … we do everything ourselves. We hear it’s the best Force that strikes her down and, we believe, that’s why this is happening. ”
Boodlall was killed while crossing the Peters Hall Public Road by a minibus bearing registration number PWW 7172.
Police said in their report that a PWW 7172 minibus was heading north along the road when the driver claimed the woman had attempted to cross the road. The driver, on seeing the woman, allegedly swerved to avoid a collision, but struck her.
As a result of the impact, she fell on the road and received injuries to her body. He subsequently died while undergoing treatment at Georgetown Public Hospital.
She later underwent a post-mortem examination on her body and revealed that she died of multiple injuries. Investigations are ongoing.