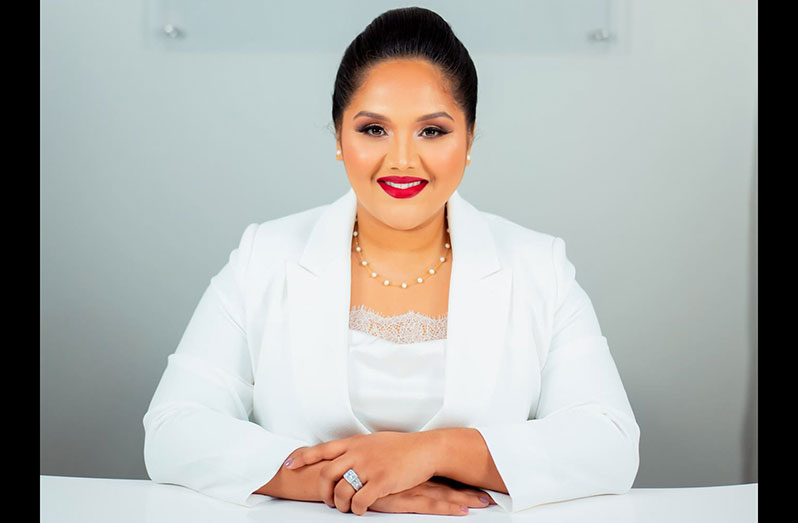 WOMEN and women around the world can attest to the fact that a period often involves a great deal of pain and fatigue; for some women, the symptoms may become unbearable, causing lower blood pressure and other resulting discomforts.
To date, Guyana has not undertaken any notable studies or research to assess the impact of periods on women’s and girls’ livelihoods. To get the ball rolling, the Ministry of Education, led by Minister Priya Manickchand, introduced a survey that specifically seeks to assess the impact of periods on education.
“We have never studied how many women are absent [due to their periods]; several times a year or several times a month; or how many of them can’t afford pads, ”Minister Manickchand told the Guyana Chronicle.

He said that the survey, which has already begun, is being undertaken with the aim of gathering sufficient information to support the Periodic Hygiene Initiative being piloted by the Office of the First Lady. His Excellency, Mrs. Arya Ali announced her landmark mission to make sanitary pads free for Guyanese women and girls, during her first newspaper interview, with the Guyana Chronicle only, in January 2021.
The First Lady had said at that time that her mission would be worthwhile, even if sanitary pads were available for free distribution in schools. Earlier in March, Mrs. Ali her first-time fundraiser; elegant, sophisticated event coined ‘Chari-tea’. That event raised $ 6 million for the purchase of sanitary products for school-age girls in the hinterland.
It was explained that due to the scale of the mission to eradicate period poverty, the First Lady has decided that the project will be phased, starting with the provision of sanitary pads for the most vulnerable.

“The seriousness of this problem was highlighted in a casual conversation I had with a stranger who noted that girls were routinely forced to drop out of school, and in some cases permanently left, because they could not afford sanitary products,” said Mrs. Ali the donors at the March 2021 event.
She stressed “This is unacceptable,” and “No woman should be placed in a situation for which she is forced [be] absent or dropping out of school due to her inability to afford sanitary products. ”She noted that period poverty deprives women of the exact education they need to seize economic and other opportunities, highlighting that it can lead to adverse psychological effects such as impaired cognitive skills and social isolation.
To end this unpleasant situation, the First Lady believes that denial of period poverty must be ended, after which conversations about women’s health must be normalized, even in places where only men live.

“We also have to disassociate ourselves from the idea that menstruation is just a female concern. I am not. It’s a concern for everyone because when women are deprived of education and economic opportunities as a result of period poverty, it is society as a whole that is affected, not just women, ”she said.
He said everyone – civil society, Government, and the private sector – has a responsibility to ensure that all women and girls benefit from safe and hygienic menstrual products and the dignity that this gives.
Once the distribution of free pads begins, Guyana could become the second country in the world to eradicate “period poverty”. Last year, Scotland was the first to provide free sanitary products to women and girls in the country. For centuries, “period poverty” has forced women all over the world to use a series of unclean substitutes for tampons and pads, derived from rags and old nappies, even for socks.

In adherence to Menstrual Hygiene 2018 on May 28, the World Bank had published an article highlighting that at least 500 million women and girls globally lack adequate menstrual hygiene (MHM) management facilities. “Inadequate WASH facilities (water, sanitation and hygiene), especially in public places, such as in schools, workplaces or health centers, can be a major barrier for women and girls,” the article asked. He also advised that a growing body of evidence showed that girls’ inability to manage their menstrual hygiene in schools, leads to school absence, which in turn has serious economic costs on their lives and on the country. “The challenge women and women face is often less tangible than the availability of infrastructure alone, and is rooted in social norms and beliefs. In many cultures, menstruating women are considered impure and systematically excluded from daily activities, such as education, employment, and cultural and religious practices, ”said the World Bank. The report also highlighted that the taboo and stigma associated with menstruation often lead to a general culture of silence around the subject, leading to inaccurate and inaccurate information, on certain periods and menstrual hygiene. In conclusion, the World Bank referred to the importance of ‘contextual’ research on menstrual hygiene, and its commitment to supporting such initiatives.