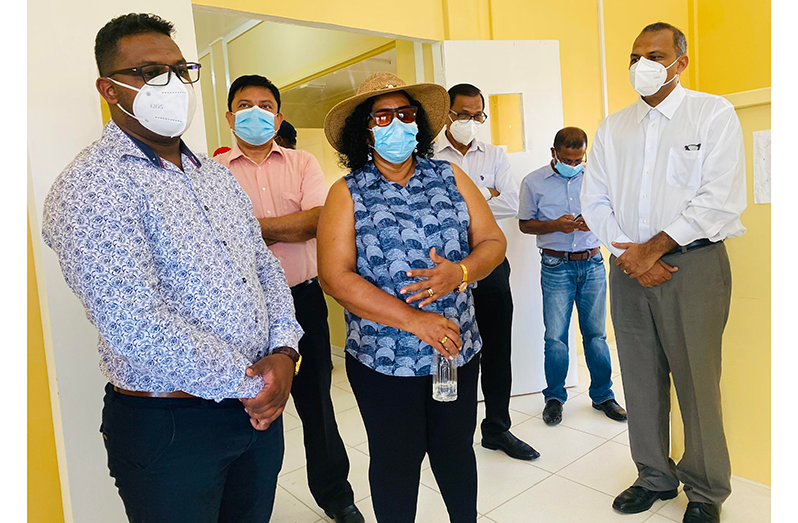 The Ministry of Health and the Government of India are currently working together to improve Suddie Public Hospital in Region Two. This announcement was made by the Health Minister, Dr. Frank Anthony, on Saturday during an interview with members of the media. Dr. Anthony said the ministry has positive plans for the region that include a multi-million dollar project aimed at improving the Region Two healthcare facility. He said that the ministry is working with the Indian government to finalize the documentation relating to the project and as soon as that is streamlined, a team of Indian engineers will visit Guyana to work on the design . “The Civic Progressive Party had mentioned in its manifesto the provision of essential primary and secondary services in the Health Sector as well as enriching the lives of all Guyanese in the process. We have big plans for the Pomeroon-Supenaam region and that’s one of it, ”said Dr. Anthony.

The Health Minister explained that the Suddie Hospital project is one of three to be implemented with $ 18M US funding provided by the Indian government. Similar projects will be implemented at West Demerara Regional Hospital and Bartica Regional Hospital. Dr. Anthony the occasion to thank the Regional Democratic Council for Region One (RDC) for its continued support to strengthen the healthcare system in the region. He also thanked the Regional COVID-19 Task Force for the ongoing monitoring of positive cases in the region. Meanwhile, Regional Chairman Vilma De Silva thanked the Government of India, as well as the Ministry for their continued support of the region. De Silva said the RDC is actively working to make healthcare services available to the people of Region Two by providing the necessary resources for projects.

He reminded that the PPP / C under the leadership of President Irfaan Ali was a caring government. Residents in the Pomeroon-Supenaam can look forward to tremendous improvements in all sectors, he added. The Regional Health Officer, Ranjeev Singh, also expressed his appreciation for the project. He said Suddie Public Hospital provides services to thousands of people from the Essequibo Coast, neighboring islands, and Region One. Dr. Singh also said that the hospital had been deteriorating over the years and as such was happy that the Indian government and the Ministry of Health had recognized the need for improvement.