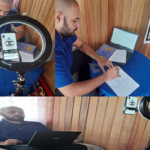 “Every student is unique; all students can learn, not just in the same way or at the same pace – the teaching learning process is not one size fits all. ”

Kaieteur News – In today’s world, professionals, who are considered the backbone of society and its development, have learned to adapt to changing times, especially as there is a pandemic that does not seem to have an end releases its infectious tentacles onto our world. People around the world were forced to change the way they go about things, and more importantly, they were forced to change the way they work. Among the professions that have made a huge impact around the world are teaching. This has seen teachers looking forward to educating their students online, so students join virtual classes from the comfort of their homes. In Guyana, the Ministry of Education led by attorney-in-law, Priya Manickchand, has chosen to design, print and distribute worksheets to all schools so that it can be passed on to parents. Teachers from the nursery level right through to the tertiary level are finding innovative ways to teach children, from Zoom classes, YouTube channels and live teaching on Facebook’s video platform.
Today, we feature one of those teachers who is so well-adjusted, that he has been working round the clock from his home to keep education for his students through online portals.
Tamesh Mohabir, is a Technical Drawing teacher attached to the Multilateral School of New Amsterdam. He teaches three subject areas: Technical Drawing, Mechanical Engineering Technology, Building Construction and Furniture Making, all at CSEC level and at CAPE level, he teaches Unit 1 Construction Drawing and Mechanical Engineering (BMED) and Unit 2 BMED.

EARLY LIFE
Mohabir was born on November 29, 1991 and grew up in Adelphi Village, East Canje, Berbice. At the age of 10 relocated to the Bananen Land Gate, East Canje, but a few years before moving, he lost his father, Robin Mohabir. At the time he was just three years old and his mother, Yvonne Soomaroo, was up to the task of adjusting to single parent mode. Mohabir is an only child but his mother managed to send him to school so he could sponge all the information he could.
He attended Adelphi Nursery School, then on to Rose Hall Estate Primary School and finally New Amsterdam Multilateral School (NAMS), where he now teaches.

A construction example he illustrated on the Zoom whiteboard option.

Auto CAD drawing, which he shared with his students.

PROFESSIONAL LIFE
Teaching was not always Mohabir’s first choice. It came as no surprise when he revealed that, in the early stages of his life, he wanted to become an engineer or even an architect. But after completing studies at CSEC and CAPE, in 2008 he chose to find a job to financially help at the home he shared with his mother.
“To help with the expenses at home and to save some money to pay for AS, I decided to get a job. So I decided to try learning. After consulting with the then Principal of NAMS, Jackie Benn, together with the then Head of the English Department, Shaundel Phillips, I wrote and submitted my application letter and thereafter I was called to duty on September 7, 2009, ”he reported.
According to Mohabir, during his fourth and fifth class experience, he carried a passion for learning. This was, he said, “because of the incredible work done by my teachers, especially my engineering teacher, Mr Romel Hughes, and today is my biggest role model.”
He added that while there was the possibility of him moving to another country and serving, he chose to remain in Guyana as he believed that the country had “great potential, and as a citizen, it is my civic duty to play a part in its development. And one effective way to help build my country is by molding the minds of her children … the children who will be men and women of tomorrow. ”

THE PANDEMIC AND THE TEACHERS
Ever since the Coronavirus woke up as a hurricane, affecting almost every aspect of our lives, Mohabir is among the hundreds of teachers now confined to their homes and interacting with, rather, their students than face to face. Mohabir revealed that when the schools were forced to close in March 2020, he felt hopeless.
“I had no idea how I would reach my students to get the job done. What made it worst was the fact that I had CSEC and CAPE classes and they were all practical areas – Technical Drawing, Mechanical Engineering Technology, Construction Technology, BMED Unit 1, BMED Unit 2, ”he noted. However, Mohabir used his time in a meaningful way. He began researching online and began communicating with lecturers from the University of Guyana.
He said, “I discovered a plethora of online applications that can be used for teaching. These included: Zoom, Microsoft teams, Edmodo, Google meet, Google classroom and YouTube. From this list though, I took a liking to Zoom and Edmodo. “Mohabir also created a YouTube channel but used the Zoom program to facilitate class sessions, while he used Edmodo for assessments. He has been uploading videos to YouTube and a Google drive of his own explaining his lessons.
He explained that, for example, he used the virtual whiteboard to display and display pictures, and also to create PowerPoint slides with the relevant information. In doing so, it is able to “offer explanations and graphics that I share with the students during the Zoom sessions.” Sheets are also created with all the content notes for the different subject areas covered. it teaches them.
“I teach in a concise and simplified form and give them to the students so they can self-study to get on with the work, and with Edmodo, I can post content related to the students’ course of study, share photos, videos, etc., and students can view, comment, and share. It also connects me with other educators from around the world and we can share resources, which further enhances the teaching learning process, ”said Mohabir. Added to this, he said, “The Edmodo app also has an online folder / library system. So I created a folder for each topic I teach and inside it I upload copies of all the notes. “
He said one of the good things about being virtual and using the Zoom application, is that it allows him to record the class session and after concluding that recording is uploaded to the Edmodo platform for students to access at any time.
“They can always download the recordings when they have access to the internet and catch up with what they were missing,” he said. Other apps he has been using are Type Pad and Auto CAD, to learn drawing concepts and provide pictures. And these, he said, are done “just as it would have been done on a chalkboard in a face-to-face environment.”

NEW NORMAL
The highly motivated educator noted that since he was involved in teaching in the virtual world, he was given more time to adjust classes based on student availability. He said it allowed him to explore his creativity as a teacher “in terms of methodology” which, he said, improves his teaching abilities and allows for better learner engagement. It has also proved to be cost efficient with more time with students being afforded. He added that you have to follow the timetable in a regular school setting, but with the new way of teaching, “you can work however long you want, provided the students are available.”
But with everything, there are drawbacks. For Mohabir, it is the poor internet connection for some students, the frequent disruption in electricity flow, the lack of devices by students to assist in online learning and then there is a “sense of isolation among students because they are not together . ”
However, despite the disadvantages, the positives outweighed it. Mohabir noted that it gives him a sense of achievement knowing that he can reach out through a virtual classroom and share his knowledge with the students. He believes his job is extremely important as the children are the future of the country.
“They need to get an education. So, in trying to be innovative and fit in with the ‘new normal’ to ensure education is provided to my students, I see my work as very important. I consider it essential, ”the teacher added. He credits his influence on his former Engineering teacher, Mr Romel Hughes. He considers it the greatest role model and Mohabir noted that he modeled his approach to teaching based on the knowledge he gained from Hughes. He also mentioned that his family had been a strong support system. “My wife, Nueza Shahbudeen, and my son, Zidane Elias Mohabir, they are there for me; my mother and aunt guided and supported me after my father’s death and made a significant contribution to the person I am today. Without them, I wouldn’t be where I am today. ”
According to Mohabir, his greatest achievement is producing “excellent pass rates” for the last 10 years and “having a family of my own.” He managed to produce the best Caribbean student in Mechanical Engineering in the CSEC exams in 2018, along with a string of other achievements under his teachings. He was influential in working with Andrew Williams “to take our school team to participate in the Sir Garfield Sobers International School Cricket Tournament in Barbados in 2011-2013 and 2016.”
His advice to young people is to “be patient, tolerant, understanding, humble and always believe in yourself. Never give up. Never settle for mediocrity and most importantly, always be disciplined. ”In fact, our ‘Special Person’ philosophy is“ Every student is unique; all students can learn, not just in the same way or at the same pace – the teaching learning process is not one size fits all. ”