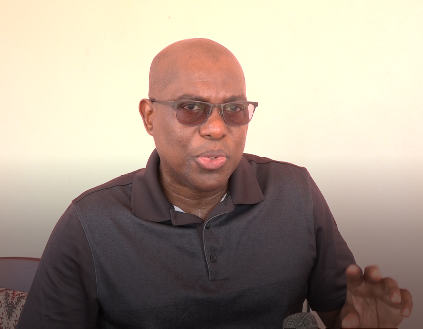 “It was a challenging year” – Guyana Times

It has been a difficult year for all sports disciplines in Guyana, but especially for contact sports like boxing, where the coronavirus pandemic had the biggest impact.
Athletes and administrators were forced to revisit the way they play, train and plan, and this could be endorsed by a local amateur boxing authority, the Guyana Boxing Association (GBA), whose last competition was held in February.

GBA President Steve Ninvalle shared how affected the pugilistic sport was this year. “This is the first time I can remember that we didn’t have a National Open Championship, a National Novice, or a National Intermediate competition. So, if you ask me, it’s been an extremely challenging year. It’s been a revealing year; revealing in the sense that it has revealed how deep we can dig as an executive and as a society. ”
One thing that the head of the GBA has been most disappointed about is the Caribbean’s inability to host the first CARIFTA Boxing Tournament in a matter of decades.
“We had (planned) to have a CARIFTA Boxing Tournament for the first time; that had to be shelved. That would have been for the first (time) in maybe two decades or so, there would have been a CARIFTA Boxing Tournament. ”
However, Ninvalle has reflected on some of the positives for boxing in 2020.
“Two things stand out to me, as they please the year; one is that our boxers would have been able to complete their three month training course in Cuba. Although they did not have the opportunity to participate in the Olympic Qualifiers, I believe that what they have learned in Cuba will be something that will guide them throughout their lives, ”said the GBA Boss.
“Another big thing for me in the world of boxing is the election of Umar Kremlev as President of the International Boxing Association (AIBA). I think Mr. Kremlev has everything needed to bring boxing back to his right footing. He is young, he is visionary, he has all the right tools to get back boxing, and I think he will get our relationship with the IOC back to some normalcy. “
Boxing’s return is currently seeing pugilists training in gyms, with sparring listed as prohibited. Ninvalle isn’t worried about the pitiful number of boxers yet, because it’s Christmas season.
“Boxers are slowly returning to the gyms, and it is a difficult time for us to try to estimate and understand what is happening, due to the fact that, during December, you know, boxing is usually a quiet time because the Christmas Activities. So, we would expect things to start to pick up in January, and we’ll take it from there, ”he said. (Jemima Holmes)