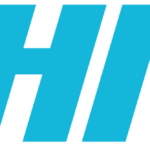 Kaieteur News – JHI Associates, one of the initial owners of the Guyana offshore Canje block, has once again benefited from its ownership of the block by selling shares to UK investment firm Westmount Energy.
Westmount announced yesterday that it is buying 250,000 common shares in JHI Associates Inc. at an aggregate cost of USD $ 400,000. The purchase was completed on December 21, 2020.
JHI Associates is one of the companies involved in the handling of the Canje block questionable, following its award to a local company with no experience or money, Mid-Atlantic Oil & Gas, in March 2015. This was just days before the 2015 elections. Mid-Atlantic and JHI planned to control the block even before it was ruled.
Together, the two companies sold interests in the block to ExxonMobil and Total SA without doing any work. JHI was a key player in setting the stage for confidentiality as both companies handled the Canje block license, due to its incorporation in the British Virgin Islands – a secrecy jurisdiction and tax haven.
ExxonMobil is now Canje’s block operator, and is currently drilling his first prospect there, Bulletwood. With just over a dozen forecasts, Exxon expects to find 10 billion barrels of oil. He follows prospects in the block – Jabillo and Sapote.
As a result of farming out to Total 2018, JHI is carried for drilling up to four wells and funded for additional well drilling.
Westmount claims the Canje block is located near the Stabroek block, which has yielded 18 commercial discoveries since 2015 of about nine billion oil-equivalent barrels, and is in the same geological basin. Its recent purchase takes Westmount’s ownership of JHI to 5,363,770 shares, representing about 7.2 percent of the common shares issued from JHI on November 13, 2019, Westmount said. It added that its holding at JHI amounted to approximately 67 percent of the value of its assets as of June 30, 2020.
The UK-based company has been slowly buying shares in companies, which own oil blocks in the Guyana-Suriname basin. This allows him to make money from successes in the basin without directly owning oil blocks or having to interact with the Guyana government. He owns shares in four companies with interests in offshore blocks Guyana.
Westmount owns shares in JHI Associates, which has a 17.5 percent stake in the Canje block, Eco-Atlantic Oil & Gas Limited which has a 15 percent stake in the Orinduik block, as well as Cataleya Energy Corporation and Ratio Petroleum, the each has a 25 percent Share in the Kaieteur block.
Westmount says its board considers the Guyana-Suriname basin a major emerging hydrocarbon province and therefore seeks exposure to opportunities in the basin.