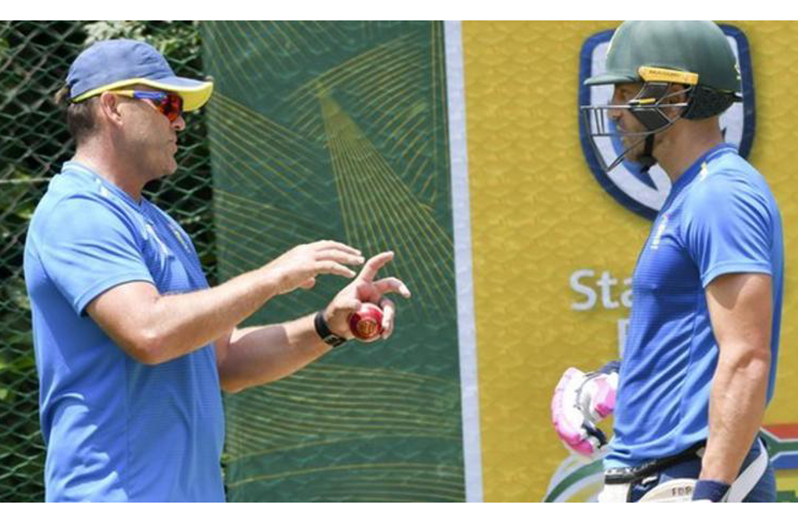 JACQUES Kallis has been appointed England’s newest batting consultant for next month’s Test series in Sri Lanka, a tour the ECB insists is going to go ahead as planned despite the heightened uncertainty over the latest wave of measures UK to tackle the Covid- 19 pandemic.

Last week the ECB increased its search for full-time appointments for their batting, speed and spin bowling vacancies, and there will be applications to close on January 10, meaning Kallis’s appointment could be the last used consultancy role by the board. Similar appointments were made to Jonathan Trott during the Pakistan Tests last summer, and Marcus Trescothick on the recent white-ball tour in South Africa.

At this stage, Kallis is not expected to be part of England’s subsequent Test tour of India – although that may change again, with the ECB having highlighted the need to rotate their options for the foreseeable future, to mitigate against the stress of living, exercising and playing in biosafety environments.

With that in mind, Graham Thorpe, England’s regular assistant coach to Chris Silverwood, has had rest for this part of the winter, but is expected to be back aboard the tour in India.

However, Kallis’ appointment is the most impressive one for the upcoming trip. He achieved his all-time great status with 13,206 Test runs at 55.37 for South Africa, as well as 292 wickets, while his mastery of Asian conditions was renowned, with eight centuries at 55.62 in 25 Tests in the region.

This time last year, Kallis worked as a batting consultant for the South African Test team during their 3-1 series loss against England.

However, with the CSA committing in September to a policy of positive action for future consultant roles, Kallis’ opportunities to work further in his home country are limited, especially now that the role of High Performance Batting Advisor, a position that spans all levels of the professional. game in South Africa, gone to his old friend Neil McKenzie.

Negotiations between Kallis and the ECB are understood to have taken place earlier this month, and have been described as “very fast and simple”. He is expected to contact the squad while traveling to Hambantota on January 2, ahead of the first of two Tests against Sri Lanka in Galle starting January 14.

Concerns over the viability of the trip, confirmed late by the Sri Lankan government earlier this month after lengthy negotiations, have resurfaced this week given the extensive travel bans imposed on the UK by several countries, following the spread of a new variant of the Coronavirus.

That includes opponents of England’s other New Year’s Test, India, whose government has suspended flights from the UK as a temporary measure between December 22-31. The English squad is expected to fly direct to India at the end of their tour in Sri Lanka on January 27.

ESPNcricinfo understands that a meeting is expected to take place between Sri Lankan health authorities and those in the UK to discuss the implications of Covid’s latest updates. However, given the financial importance of England’s trip to Sri Lanka’s finances, and the recent success of the Lanka Premier League, there is no indication yet that the trip is at risk.

An ECB spokesman told ESPNcricinfo: “We are still planning as usual. We hold regular meetings with Sri Lanka and another meeting is planned this week. ”