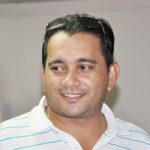 Leonard is on a break but…

The Story Within a Story …

Kaieteur News – More than a decade ago, my editor insisted that I contribute a feature piece every Sunday. Kaieteur Sunday is the biggest paper for the week. Nigel McKenzie, my editor at the time, told me to write what I know. I was building my home on the west bank of Demerara, in La Parfaite Harmonie. The experience had left me bitter. I was allocated a piece of land by the Central Housing and Planning Authority. I had very few ideas what to do. I had to apply for a loan. From the start, it was uphill. I had little money and was not aware of the process. The importance of drawing up a plan, estimates, bill of quantities, contractor fees and quality of work … I learned as I went along. And boy, did I pay dearly.
As the work came to a close, the contractor told me it was running out of money. I hit the roof. I took a mortgage. Where in the world would I find $ 200,000? My dear mother was with me when the blow up happened, and like the woman she was, she stepped in and offered to pay the balance. The troubles didn’t end there. There was the battle to pay off the mortgage. It took about half my salary. Household insurance was required to protect the mortgage every six months. The fight was a real one.
Then there were roof leaks, yard maintenance and so many small things that came with owning a home. You still had to eat and go to work. Yes, it was a struggle. So the editor asked me to write. Boy, did I have much to write. The articles ran up to 100 weeks. When I brought it to an end, the editor insisted that I continue to write on anything. So was born columnist Leonard Gildarie. I had no idea a little less than a decade ago. But I became more and more comfortable commenting on things I felt strongly about.
As the years wore on, I became more powerful and Sunday column writing became a breeze.
The year 2020 will never be forgotten. The 2020 Elections and COVID-19 stood at our gates and changed our lives.
The anger and anxiety in me was triggered and the keyboard on my computer was busy.
But the long hours, evenings, and pressures of the newsroom, though chaotic, took a big toll.
I had trouble sleeping and temper wore thin on several occasions.
I was prescribed glasses and the warnings were clear: relax.
Today, eyes are weak with vision blurred. There are scars across the eyes, say the experts.
Gradually, it gets worse.
Last year, on March 2, yes, on Election Day, I ventured upstairs from the newsroom, where our radio studio is. Nothing did. Angered, I dropped my bag, and sat down. I had no idea what I was doing. ‘Elections Watch’ was born and for days, sleep was limited.
Freddie Kissoon and Dr. Mahadeo yoked with people like Captain Gerry Gouveia and others to give their voices to the attack on our democracy.
Yog and I got together and sang ‘Room 592,’ an evening show during peak hours. Yog was on fire, and I was out of my depth. Radio was new to me, and my voice was harsh and grating, to my ears. We caught up. The afternoon and evening shows were a huge success.
We were not paid and the station was not making money.
There was a bigger task at hand. Our country needed our help and we were not resting.
On August 2, after five brutal months, Irfaan Ali was sworn in as President. The time since offering no confidence December 21, 2018… it was cruel, tiring and a way I sincerely hope Guyana would never have to walk again.
I was asked to take some rest and do some eye tests, with the hope that time away from the phone and computer screen will help improve the vision.
On Friday, I had to end my period, I hope temporarily, with ‘The Wake Up Guyana Show,’ an afternoon interactive program that has almost helped catapult radio back into Guyanese homes here and in the diaspora.
That program has changed my outlook on life. There are our significant sufferings and concerns raised by our people that should be addressed by the current government.
People are worried about GPL, GWI, GTT and internet quality. They are concerned about the efficiency of our NDCs, RDCs, and Town Councils. Places like CH&PA, the Passport Office and the operation of our judiciary are at the top of the list of complaints. Drainage and irrigation, social assistance and pensions also made the list.
There is a golden opportunity to balance this country and set its trajectory in the direction, of which we can be proud.
However, it will take patience and hard work.
As I write, I have to leave the newspaper and radio, albeit for a while.
I have no idea what direction this road will take, but I am confident it will be good as always.
Guyana needs a strong focused big brother to pull us back when we stray from the path.
I am confident that as people we will rise to the occasion.
Hopefully I won’t be too far away from that campaign. Although, I will be absent from the newspaper, including this column, which I have to stop, and the radio, which will be in good hands, my short exit will be temporary, when it comes to the life of the media.
I’ll be back!
(The views expressed in this article are those of the author and do not necessarily reflect the views of this newspaper.)