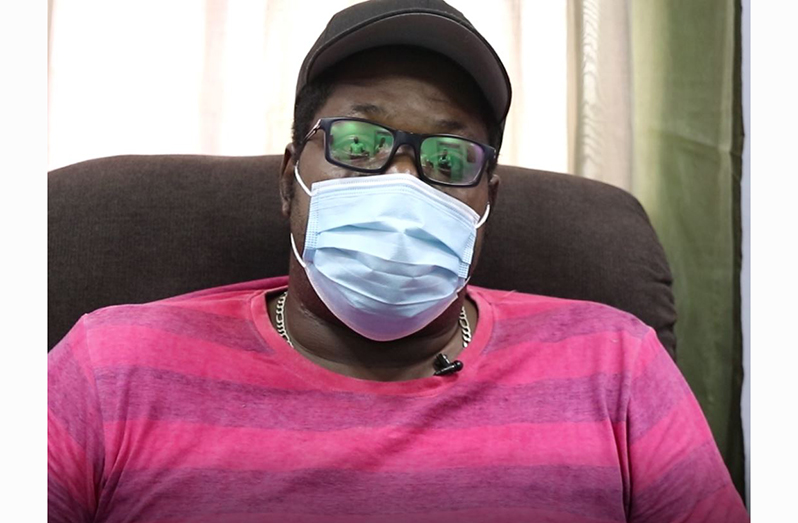 ALLANDRES Archer has come forward and withdrawn his name from representing the 26 Haitians who were the subject of a recent court case against the Attorney General and the Minister of Legal Affairs.
Archer initially filed the case for and on behalf of the 26 Haitians, arguing that violations of the individuals’ fundamental rights occurred when they were placed in protective custody at the Hugo Chávez Rehabilitation and Reintegration Center.
However, reflecting on how he got involved, Archer said, “I was contacted by Attorney-in-Law Darren Wade, to give an affidavit to witness and in the end, I was the person who takes the government to court. ”

“I never agreed to that; I never wanted any part of it, ”he claimed.
Archer, a businessman and ticket agent, had purchased airline tickets that brought the Haitians to Guyana.
“The Haitians were later arrested in a hotel; I was also in the hotel at the time. I was arrested and I was there for 72 hours, then I was released on bail and a few days after this happened, the Haitian Society started making inquiries about what really went on, ”he explained.
Archer contacted him, when contacted by representatives of the Haitian Society, that he was asked to contact Attorney Wade to provide an affidavit to witness what had happened.

“I received the people from the airport. I took them to the hotel, checked them in, then we were arrested and that’s basically what I agreed on. But I never intended to take the government to court or fight on behalf of the Haitians, ”he said.
When contacted, Attorney Darren Wade confirmed that Archer had indicated he wanted to withdraw the matter, but “he has not yet instructed me.”
However, Wade noted Wednesday that Archer had confirmed with him that he was in talks with the Attorney General’s Chambers. He subsequently received correspondence from the chamber by email regarding Archer’s intention not to pursue the matter.

On December 1, Chief Magistrate Sherdel Isaacs-Marcus, at Georgetown Magistrates’ Court, issued an order for the Haitians to be transported to the nearest port of exit.
This newspaper understands that the foreign nationals, 10 men, nine women and seven children, arrived in Guyana on November 7, and were said to have had a six-month stay.
However, it is alleged that the Haitians gave immigration officials incorrect information about where to stay while in the country, and days later, they were found at a hotel in the city and in a minibus on Linden-Mabura Road, which breaks their stay.
Police claimed they were suspected of being the victim of a human trafficking ring, an assertion that the Haitians have consistently denied.
Home Affairs Minister Robeson Benn recently revealed that approximately 33,000 Haitians were reported as “missing” over a three-year period, once they arrived in Guyana.