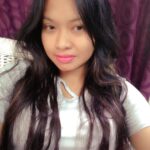 Kaieteur News – The family of Kimberlee Yow, 24, a medical student at St Ignatius Village, has been thrown into a state of despair after she drowned in an inlet, which is at the back of the village.
Kaieteur News understands that Yow is a third-year student at the University of Guyana.
The incident, according to reports, happened around 16:30 o’clock. last Sunday at Kumu Creek, St. Ignatius, Central Rupununi, Region Nine. At the time, the young woman was on an outing with friends. They were said to be consuming alcohol.
According to reports, Yow was sitting on the edge of the inlet when he fell into the water. The currents allegedly caused her to drift and eventually drowned. After she resurfaced, an alarm was raised and a search was conducted. About an hour later, her immobile body was found.
The young woman was taken to Lethem Public Hospital where she was pronounced dead on arrival. Yow’s body is currently in Lethem Public Hospital’s mortuary where he is awaiting post mortem. The investigation into the incident is ongoing.
Meanwhile, one of Yow’s classmates, Daryl Chambers, in an invited comment, said, “Kim was one of my closest friends. I met her at the University of Guyana back in 2018 when we started our Bachelor of Science in Optometry program. We are currently in our third year, so next year would be our final year and we would have been graduating together. Everyone in the class loved her because of her very kind heart and spirit. ”
Chambers added that Kimberlee is a former Hinterland Scholarship Student. When asked about the last time she spoke to Kimberlee, Chambers recalled talking to her the day before the event because it was her birthday. Chambers said, “she wished me a happy birthday and asked what my plans were for my birthday.” According to Chambers, all her classmates have been in shock and disbelief when learning about Yow’s demise.