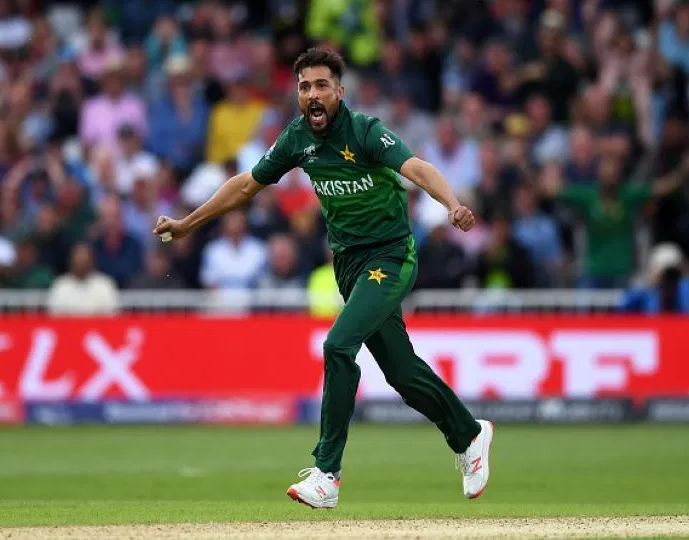 (Reuters) – Pakistan fast bowler Mohammad Amir announced his retirement from international cricket at the age of 28 on Thursday, claiming he could no longer play in an atmosphere where he did not feel welcome in the national team.

Amir, who was jailed in 2011 for his part in a spot-fixing scandal, served three months in prison and a five-year ban on all forms of cricket before returning to the Pakistan squad in January 2016.

Since then, the left-arm bowler has excelled in limited overs cricket, helping Pakistan win the Champions Trophy title in 2017, but last month he was dropped from the squad to tour New Zealand.

When asked if he was leaving the sport altogether he said: “No, I’m not going away from cricket. If you’ve seen this atmosphere and the way I’ve been marginalized, I got a wake-up call when I wasn’t selected in the 35-man squad, ”Amir told Samaa TV.

“I’ve experienced a lot of torture between 2010 and 2015. I was away from the game and sentenced for my mistake. I’m being tortured again and again … ”

Amir, who has 259 wickets across all formats, retired from test cricket last year to focus on the white ball game.

He was Pakistan’s bowlers choice at last year’s 50-over World Cup in England with 17 wickets as they lost out on a place in the semi-finals.

Amir added that the only people who supported him were former captain Shahid Afridi and former PCB chairman Najam Sethi.

“Sethi and Shahid Afridi were the two people I will thank forever, they both supported me at a difficult time,” he added.

“I returned after completing the five year sentence, not as I did after a year… The rest of the team said, ‘We will not play with Mohammad Amir’.”

The PCB said that Amir had confirmed to chief executive Wasim Khan that he had “no wishes or intentions of playing international cricket” and therefore should not be considered for selection.

“This is a personal decision of Mohammad Amir, which the PCB respects,” he said in a statement.