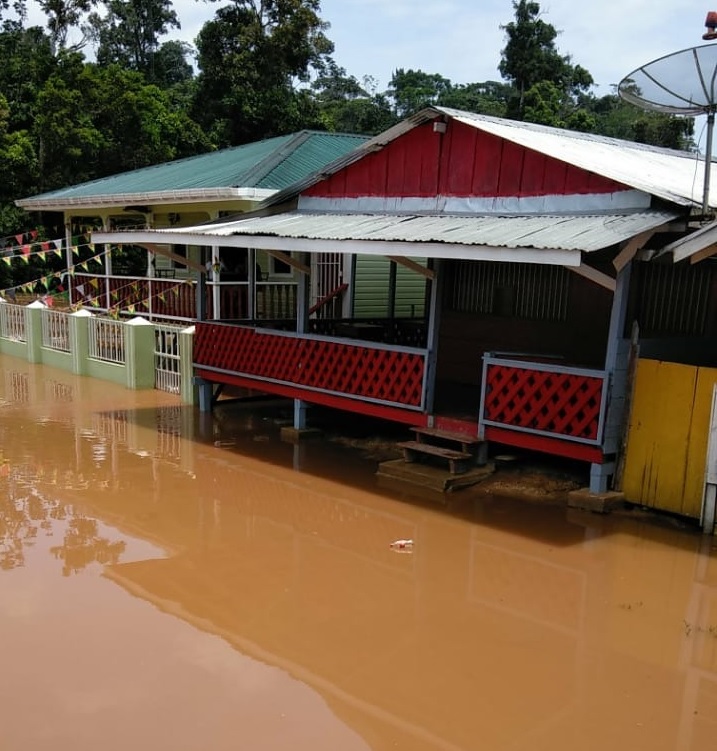 More than 1,000 people in Aranka mining district in Region Seven were on Thursday probing the effects of severe flooding caused by heavy rainfall, the Civil Defense Commission (CDC) said.

The CDC said that the Chairman of the Guyana Region Seven and the Geology and Mines Commission (GGMC) “confirmed that about half of the village population has been affected. Aranka is said to have a population of about 2,500 people.

The disaster response agency said it is deploying a team to support the relief efforts for the communities whose main means of transportation is by boat as a result of the flood. “The area, mainly a mining community, now uses boats to reach critical locations and transport supplies,” said the GDC.

Word of the flood came shortly after weather forecasts warned that Region Seven and other areas in Guyana should expect moderate to heavy rainfall from Friday until Sunday. The disaster response agency warns that coastal areas should receive heavy rainfall especially in the early hours of the morning, with up to four inches of rain over a 24-hour period.

“People living along coastal areas and fisheries are advised for above normal tides, which is likely to lead to flooding in low lying, poorly drained and fluvial areas,” said Meteorologists.

Authorities say hinterland residents will be prepared for possible landslides in hilly areas. Residents are advised to take all necessary precautions, especially drivers and road users.