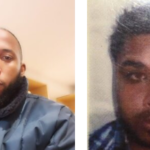 A motorcyclist, a pedal cyclist dies in separate accidents

Deceased is Adiraj Persaud, 37, known as “Trini” a pedal cyclist from Third Street, Herstelling and Dayle Jordan, 36, a motorcyclist from La Retraite, West Bank Demerara.
At about 14: 10hrs Persaud was hit by a minibus driven by a 43-year-old man from East Ruimveldt, Georgetown on Herstelling Public Road. According to information received, the minibus was traveling north along the westbound lane of the westbound carriageway of the road when it collided with the pedal cyclist who was about to ride across the road. Reports are that, as a result of the collision, the bus collided with a 28-year-old man-driven motor truck from Canal # 2, West Coast Demerara located on the west side of the road. Persaud was flown some distance away by road. He was picked up in an unconscious state and transported to the Georgetown Public Hospital Cooperation (GPHC), where he was seen and examined by a doctor who admitted him as a patient. Persaud later died while receiving treatment. Kaieteur News understands the man suffered a broken right arm and skull. An inhaler test was carried out on the driver of the minibus but no traces of alcohol were found – the investigation is ongoing.
Meanwhile, Jordan who was employed at Massy Stores died on arrival at the GPHC following a motorcycle accident and pickup on the Yarrowkabra Public Road, Soesdyke / Linden Highway. According to a police report the accident happened around 23:30 hours. Based on the information received, the motorist driven by a 51-year-old man from Bath Settlements, West Coast Berbice was heading north along the west side of the road when the motorcycle stopped in its path. It was reported that the motorcycle driven by Jordan along with a million riders reportedly overtook a car and ended up in the path of the lift causing a collision. The 29-year-old identified motorcyclist and his millionaire cyclist from La Retraite were taken to hospital. Jordan was pronounced dead while the woman was admitted as a patient.
The driver of the elevator was subjected to a breathing test and was found to exceed the legal limit by .77% and .70% micrograms. He is said to be in police custody assisting with the investigation.