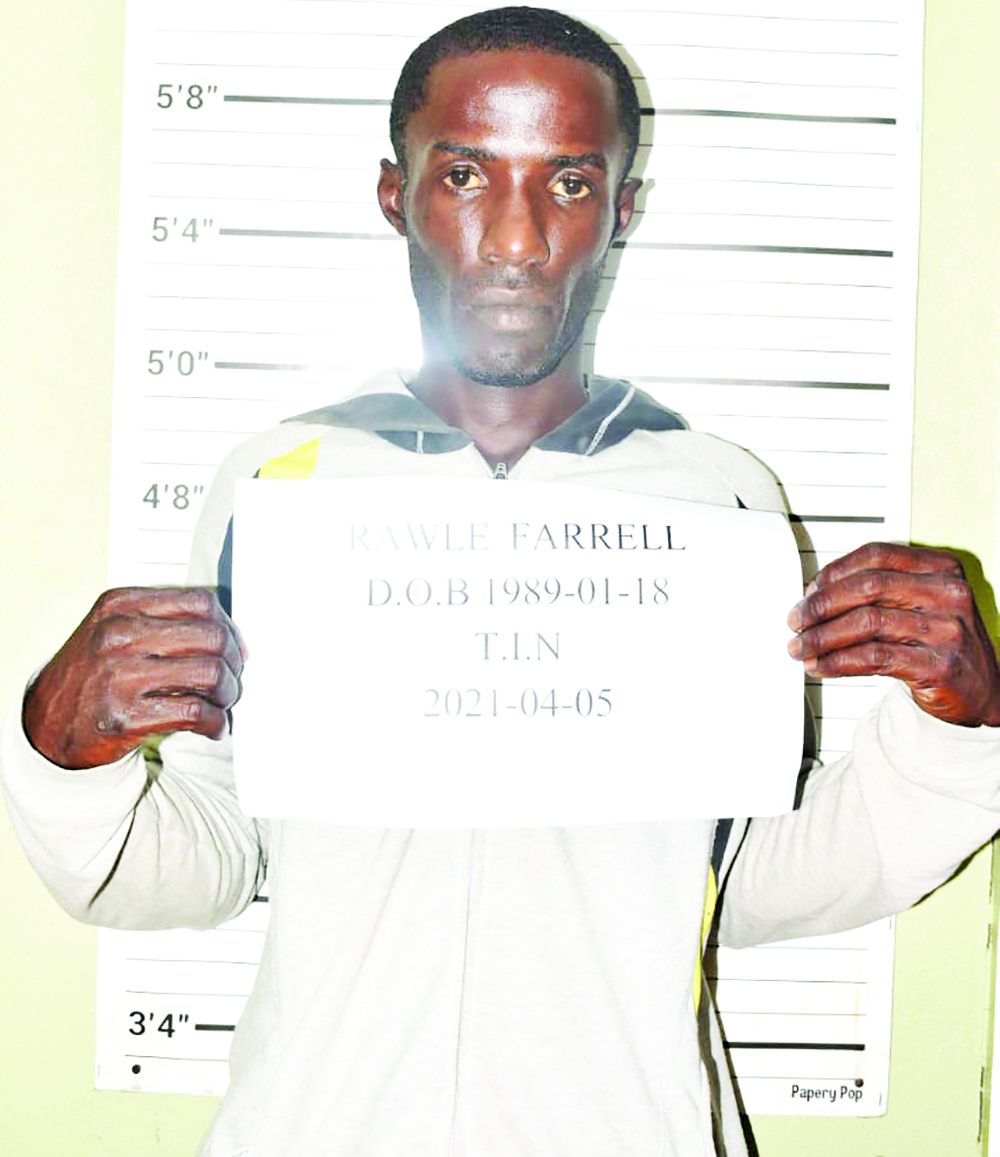 Rawle Farrell of Sixth Street, Dazzell Housing Scheme, ECD, appeared Thursday before Cove and Magistrate John Fabayo Azore on a charge of trafficking in narcotics, and was remanded in jail.
Defense Attorney Eusi Anderson asked for bail for his client, but this was opposed by CANU Prosecutor Konyo Sandiford.

According to reports, on March 29, CANU ranks received information and moved on to Farrell’s home. However, when they got there, Farrell allegedly repaired his escape. In an attempt to apprehend him, officers reported pursuing, but their efforts were futile.
However, a search was carried out at the home, when several plastic Ziplock bags were found along with other bulky parcels containing suspected cannabis. The illegal substance, when weighed, totaled 1.5 kilograms.
Following that discovery, CANU issued a bulletin it wanted for Farrell’s arrest. On April 5, days after the bulletin was published, Farrell’s mother, other relatives and his attorney took him to CANU HQ, where he turned himself in.
The matter has been postponed until April 29. (R15)