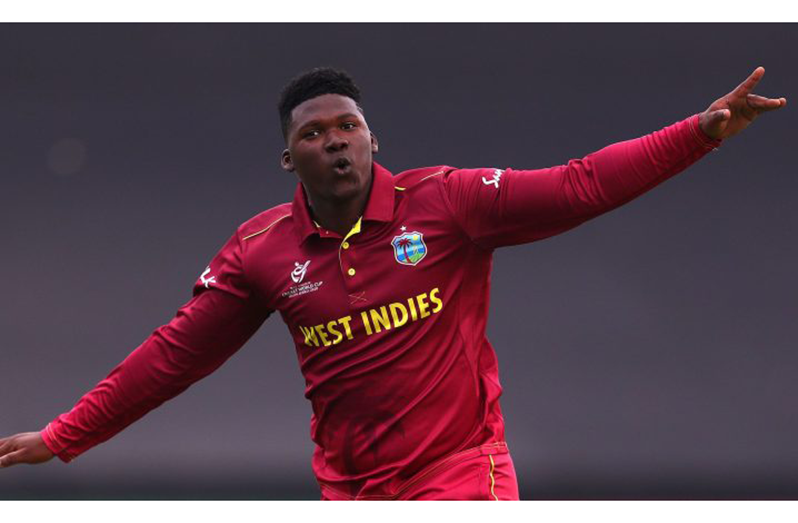 ST JOHN’s, Antigua (CMC) – The Leeward Islands Hurricanes have acquired the services of 2019 Super50 Cup hero Ashmead Neath for their upcoming campaign at this tournament next month. The 20-year-old left-arm spinner has been named in a 15-man squad, which will be led by former wicketkeeper-batsman Devon Thomas.
Neath appeared for the undefeated champions of the West Indies New Players, who ironically beat the Hurricanes in a 2019 doping final at Queen’s Park Oval in Trinidad.
The Guyanese grabbed one for 19 of his four overs to end the tournament with 11 wickets at a superb average of 10 and an economy rate of just over three runs.
Neath will be part of a spin section featuring West Indies spinner Hayden Walsh Jr., who has recovered from COVID-19 and is due to take his place in the squad.
Walsh, 28, was included in the West Indies squad for the three-day International one-day series in Bangladesh which ended on Monday.
However, it tested positive in Bangladesh four days after arrival and was ruled out of the series when isolated.

Nitish Kumar, 26, who appeared for Canada in the last Super50, has joined the Hurricanes and along with fellow spinner Terrance Warde, provides the hosts with adequate slow bowling options. Selectmen have included 22-year-old left-hander Ross Powell for his first appearance of 50 overs after playing two world-class games for the franchise in the last two rounds of the Four-Day Championship last year. He is the only member of the squad with no experience as people like Montcin Hodge, Kieran Powell, who is out of favor, and Amir Jangoo from Trinidadian are expected to carry the batting. Hurricanes have not won a 50-over regional title since they split one with Barbados, following a tiebreaker 11 years ago in Jamaica.
They will lift the curtain on this year’s tournament when they clash with neighbors Windward Islands Volcanoes on February 7.
SQUAD – Devon Thomas (captain), Montcin Hodge, Amir Jangoo, Ross Powell, Kieran Powell, Keacy Carty, Nitish Kumar, Hayden Walsh Jr., Jeremiah Louis, Sheno Berridge, Quinton Boatswain, Colin Archibald, Nino Henry, Ashmead Neath, Terrance Warde .