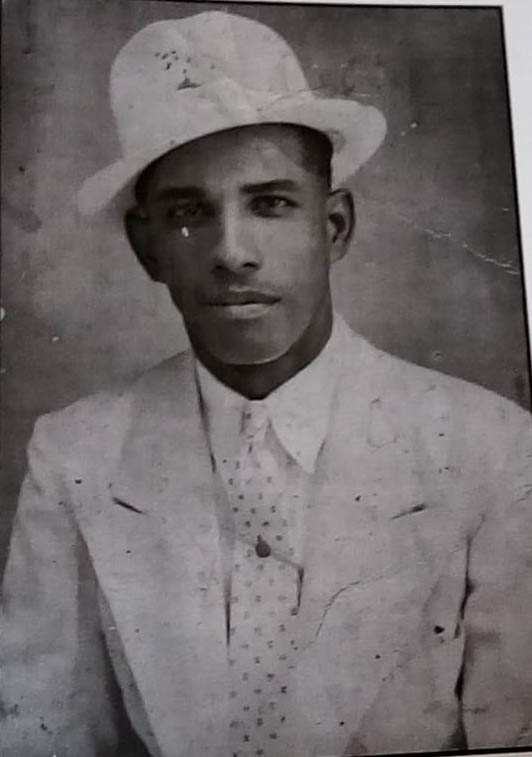 As the 36th anniversary of the death of music pioneer and creator of the Shanto music genre Bill Rogers approaches, the son of the late iconic entertainer, Roger ‘Young Bill Rogers’ Hinds has had his father’s biography, The Life and Works of Bill Bhagee Rogers a The Origin of Shanto Music in Guyana, reprinted.

The book was first published in 2008 by the then Ministry of Culture, Youth and Sport for Carifesta. Hinds had contacted the previous government for a reprint of the book, but this was postponed due to the elections earlier this year. The reprint was only completed two weeks ago. The book details the singer’s life journey and his work in the entertainment industry. This latest issue has an updated version of the late singer’s life.

The late Bill Rogers, a stage name he gave himself, was born in Augustus Hinds on September 2, 1906. He grew up in Ketley Street, Charlestown and later became a popular promoter, comedian, comedian, Shanto music composer, and singer. He died November 21, 1984.

Unknown to many, Bill Rogers is the first Guyanese to become an international recording artiste. In 1934, he recorded with Bluebird Records, a subsidiary of RCA Victor Corporation, USA, which was considered the largest record company at the time. It was also reported that Bill Rogers was the first Caribbean singer to record the most original songs in the shortest period, 34 between November and December in 1934.

These included the hits that are still familiar to us today: “West Indian Weed Woman” (popularly known as the Weed Song), “BG Bhagee”, “Daddy Gone to Cove and John”, “15 Cents Sweetheart ”, And“ Jimmy Black Dessert and Souse ”. These songs were of the Shanto genre, similar to Calypso.

“Shanto is a genre of music invented by my father…,” said his son. “It must emphasize language and spoken subjects and it must be distinctive Guyanese,” he quoted from the book.

According to his biography, Bill Rogers was five years old, wanted to sing on stage but lacked the courage. He was forced by his older sisters to perform in a ‘bottom house’ concert. Intimidated at first, he cried, but the desire to perform kept him there. It was the first of many stage performances. His work as an entertainer continued until late in life.

He began performing magic tricks at the age of nine and some years later, inspired by an out-of-prison vendor who sold mauby and pancakes, Bill Rogers wrote his first song, “Mauby and Pancakes”; he was only 13 years old. Outside of amusement, he was selling pepper mint on street corners.

He was 14 in 1920, when he composed “BG Bhagee” and four years later, he set up his own group of entertainers called ‘The Merry Makers’. In 1926, Bill Rogers composed “West Indian Weed Woman”, which his son claims was later plagiarized by a number of other singers including the famous Jamaican-American Harry Belafonte and the late Calypsonian Trinidadian Melody.

Bill Rogers was also a philanthropist because according to his biography, he coordinated scholarship fairs where he raised money to help less fortunate children who could not attend high school or get an education. The first scholarship fair was held in 1952. Over the years, Hinds raised $ 25,000 which was used to provide education for some 50 children. Some of the beneficiaries went on to excel in various areas.

Also in 1952, recorded by Bill Rogers for the RCA Bluebird Record Label, he went on to record some of the exact songs he had recorded for UK-based Parlophone and Melodisc labels. Songs included: “Bald Plated Emily”, “Nice Woman, Ugly Man”, and “Sightseeing in the UK”. A remix of “BG Bhagee” was also made.

That same year, Bill Rogers performed at the Royal Festival Hall in London, and at Sheffield City Hall, at the Humphrey Lyttleton Show alongside American actress, dancer, and singer Marie Bryant. He performed the remastered version of “BG Bhagee”, which brought the house down and saw an encore performance being demanded.

According to the biography, Bill Rogers was the promoter of the first carnival in British Guiana in 1937 which saw a two-day tramp through the streets of Georgetown. He was also the first to put steel bands on stage in 1947 after they were prevented from performing on the streets. Bill Rogers is recorded as the only Guyanese and outsider to win a national competition in another country, the Kingdom of Trinidad and Tobago Calypso in 1937. This is stated in Roots of Calypso, a book written by Trinidadian George D Maharaj. Bill Rogers won the monarchy which included a silver trophy and TT $ 25 with his “West Indian Weed Woman”.

In 1935, Bill Rogers was contracted by the Canadian company Kickapoo to advertise its herbs, oils, and soaps. A popular promoter, the late entertainer staged many vaudeville shows that were a combination of various performing acts. These shows began in 1920 and continued until 1950.

In 1950, he launched the annual Baby Show, a medically judged competition where the healthiest baby won a trophy, a cash prize and a hamper filled with baby products. The judges included Dr HC Hugh and city councilor DJ Taitt.

During his lifetime, the performer / composer received several awards. In 1935, Bill Rogers was presented with a gold medal for his outstanding contribution to culture and music in British Guiana by the British government. Decades later, Shanto’s creator was awarded the Service Medal, by the Guyana government.

Bill Rogers’ last major project was in 1972 where he paid tribute to Carifesta. He produced his last album, a combination of ten of his songs, entitled ‘Shantos of Guyana’. On the recording, he was accompanied by the Guyana Police Band, led by saxophonist Harry Whittaker. The marathon recording was made at GBC and featured all the original songs including: “BG Bhagee”, “Bald Plated Emily”, “Metemgee, Plantain and Bhagee”, “Moving Black Sage Tree”, “That Old Rubbish Man”, “Jimmy Black Dessert and Souse”, and “Daddy Gone to Cove and John”.

Roger Hinds remembers his father spending his twilight years performing magic tricks and songs at Queenstown RC High School. During this time, Roger was only 11 years old and would often accompany his father. He said that whatever his father’s magic tricks he learned, it was never enough to go on stage, but the singing talent, had rubbed off well.

Bill Rogers’ voice remains golden, preserved in time for Guyanese generations. His songs can be found on YouTube.

The Life and Works of Bill Bhagee Rogers and The Origins of Shanto Music in Guyana was written by Roger Hinds from the memories and stories told by his father. He also obtained much information from newspaper cuttings kept by his late father as far back as 1929.