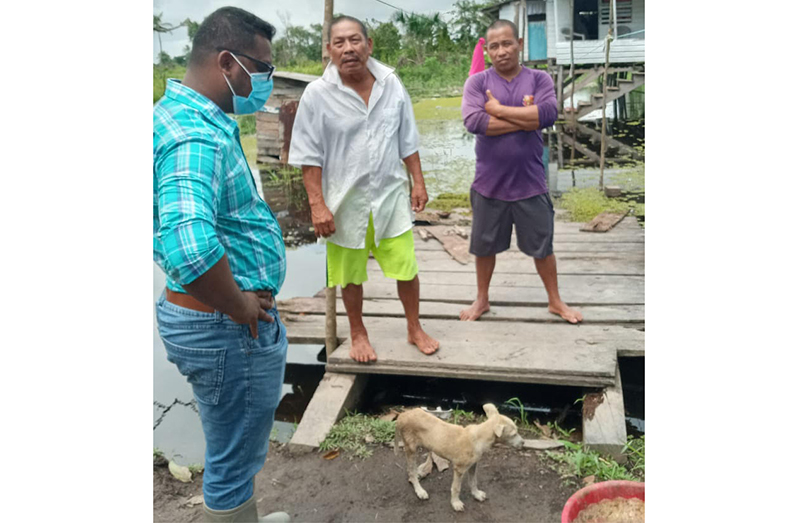 The medical team that recently visited several areas of the Pomeroon River, which have been hit by severe flooding, has not found any health threats. Last Thursday, the team, which included the Regional Health Officer, Environmental Health Officers, Surveillance Officers and a Rapid Response Physician, visited communities in the Lower and Upper Pomeroon. Following the flood

which flooded acres of farmland, houses and yards, Pomeroon residents had expressed health concerns and requested a visit from medical officials. During the team’s visit, they interacted with residents and, according to the Regional Health Officer, Dr. Ranjeev Singh, no health threats

However, he said a team will have to return during the coming week to educate people on how to treat their water and take a foot bath with a bleach before entering their homes. Dr. Singh once this is done correctly, diseases like gastroenteritis and typhoid can be avoided. He also explained that there is a prevalence of mosquitoes in the area and that residents have to be careful of dengue. He also mentioned that there are medicines and drugs in the Health Post for residents to use. The team will continue to monitor flood situation in the Pomeroon River and also on the Essequibo Coast.