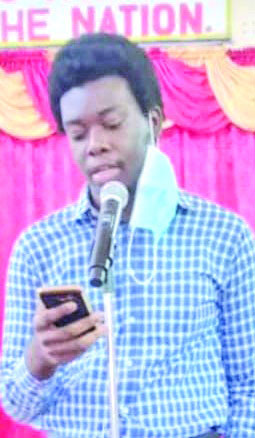 Police are still searching for Joel Skeete, 19, a student from the University of Guyana (AS) who disappeared after leaving a barbershop in the Demerara Harbor Bridge Mall about five days ago.

Skeete, of Republic Park, East Bank Demerara (EBD), went missing on March 31 while waiting on transportation to get home.
When contacted on Sunday, the Divisional Manager, Senior Superintendent Mahendra Siwnarine told Guyana Times that, to date, CCTV footage had been recovered from the Bridgeport Harbor and Government cameras located at Harbor Bridge .
“He basically got up and left the Mall heading towards the bridge but after that, we’re not sure if he joined or crossed any vehicle at the bridge,” the Commander noted.
He added that the barbers were initially in custody, however, he was released after the film showed that Skeete had indeed left the barbershop.
The Commander further stated that they were unable to identify any close teenage friends who would have been in contact with him on the day he disappeared. At this point, the Commander noted that the Force was examining all possible leads.
Skeete is about 6 feet tall and weighs about 200 pounds.
On the day of his disappearance, his mother, Lorenza Griffith, had reported that her son was last seen around 19:00 h wearing a dark red shirt and a pair of dark gray jeans.
He said he went to his regular barbershop in the Harbor Bridge Mall for a haircut, and at about 19:00h, he probably left the barbershop and was supposed to go home.
Griffith explained that her son would usually use a taxi to get home from the barbershop as the area where they live is prone to theft. She added that she became anxious when attempts to contact him on his mobile phone were unsuccessful.
The concerned mother contacted her son as a full-time student at the University of Guyana who is usually at home. He asked her that it was different for him not to come home.
Anyone with information on Joel Skeete’s whereabouts is kindly asked to contact his mother Lorenza Griffith at 233-6368 or to inform the nearest Police station.