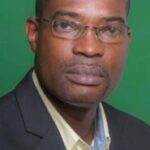 Opposition to abstention from Parliament today

… Over the Speaker’s failure to convene the Public Accounts Committee

Kaieteur News – The now-opposition opposition A Partnership for National Unity + Alliance for Change (APNU + AFC) Coalition has chosen to abstain from parliamentary session today.
They blame the failure of the Speaker of the National Assembly to convene the all-important Public Accounts Committee (PAC).
That decision was prompted after the National Assembly’s 14th Sitting Order Paper included convening the CAP as one of the listed agendas.
The Opposition Member of Parliament (MP) and the CAP’s head of touch, David Patterson, in a letter to the Speaker, Manzoor Nadir, outlined his disappointment that this had not been done, adding that “it is therefore highly unlikely that you are carrying out your duty. to summon the first meeting to constitutionally establish this very important committee. ”
He reminded Patterson that he had written several letters back in November and earlier this month seeking to get the Speaker to fulfill his duties to convene the first CAP meeting, but those efforts have been unsuccessful.
“It is unacceptable to have Parliament convened at great expense to the citizens, and not to use this opportunity to convene committee meetings. It is disrespectful to the members and out of touch with the country. As such, we see no benefit in going to a parliamentary session, which does not take the opportunity, to re-establish our assembly on a firm basis, ”Patterson outlined in his letter to the Speaker.
The Opposition MP said that in previous times, when former Speakers faced similar cases, they would have asked for their standing orders to be “suspended by motion,” preventing the time required for scheduling committee meetings .
In accordance with standing order, the Speaker must first arrange the meeting to elect only the heads of committees.
“I will write in a final plea and ask you to confirm that you will be prepared to ask Parliament to suspend our Standing Orders and call a meeting at short notice,” noted Patterson.
He promised: “Opposition Members of the PAC will be on hand, ready and able to attend as soon as your good self has any indication of calling the first meeting of the PAC.”
The PAC is only among the list of constitutional Parliamentary Committees yet to be convened by the Speaker even though Guyana’s 12th Parliament started back in September.
In fact, the situation has pushed the Opposition to consider legal action to enforce the Speaker and by extension government, to convene the committees.
The Speaker noted that whilst he acknowledged that the committees were delayed, his office also faced some “challenges” in convening the first meetings. He explained that those challenges included ensuring that members from outlying areas were present at the meetings.
As such, he asked for patience.
But the Opposition had argued that such an excuse would not be accepted, as many agencies used the online platform Zoom with the advent of the novel Coronavirus.
That approach would have been sufficient to convene the first meetings.
The 12th Parliament has 14 fully constituted sub-committees with oversight for different sectors including the Public Accounts Committee (PAC). The Public Accounts Committee’s duties include the audit of the audited accounts of state agencies set out in the Auditor General’s Report, and wide-ranging regulatory practice on the operation of the Auditor General.