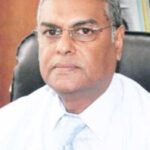 Parliamentary Committees to be convened on December 28

Kaieteur News – National Assembly Spokesperson Manzoor Nadir has set Monday December 28, 2020, as the date for the convening of the duly constituted Parliamentary Committees.
The Speaker made this announcement yesterday during the 14th Sitting of the 12th Senate at the Arthur Chung Conference Center, shortly after he banned the Opposition’s motion requiring Committee meetings to be convened as a matter of urgent public importance.
Nadir told the House, “Although this was important, I didn’t consider it urgent, so I refuse the application.”
The Speaker further said, “The National Assembly has taken steps to ensure that our members can participate and represent their constituents at every meeting.”
Although the political Opposition had raised concerns about the fact that the Committees were not being convened, the Speaker noted that, although he delayed the convening of the committees, his office also faced some “challenges” in convening the first meetings.
Those challenges, he explained, included getting members from outlying areas to attend the meetings.
As such, he asked for patience.
But the Opposition had argued that such an excuse would not be accepted, as many agencies used the online platform Zoom with the advent of the novel Coronavirus.
That approach would have been sufficient to convene the first meetings.
But with a date now set, the Speaker explained that six senators from remote areas can join the meeting.
The 12th Parliament has 14 fully constituted sub-committees with oversight for different sectors including the Public Accounts Committee (PAC).
The Public Accounts Committee’s duties include the audit of the audited accounts of state agencies set out in the Auditor General’s Report, and wide-ranging regulatory practice on the operation of the Auditor General.