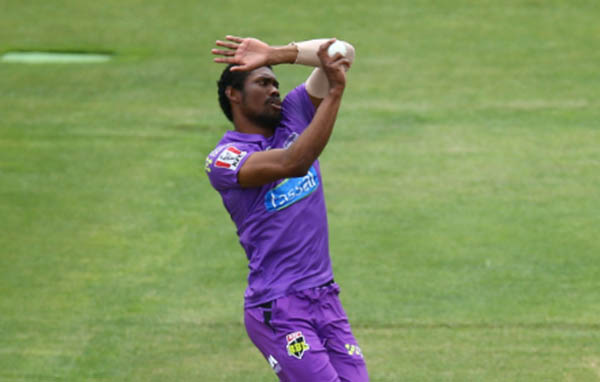 HOBART, Australia, GDP – Keemo Paul’s Australian Big Bash appearance was almost without a fan as his Hobart Hurricanes brushed Melbourne Renegades aside from six wickets, to move to the top of the standings with their third win in four outings yesterday.

A member of the West Indies side for a T20 and A-team tour of New Zealand last month earlier this month, the fast bowler rounder sent two expensive pads and cost 27 runs as Renegades, sent in , collected 157 for five off their 20 overs.

Goalkeeper Sam Harper scored at the top with an unbeaten 66 off 52 balls while South Africa’s Rilee Rossouw struck 59 off 40 deliveries, the pair wearing 109 for the third wicket to pull Renegades from four to two in the second over.

In reply, the Hurricanes struggled early, slipping to 28 for two before wicket keeper Ben McDermott hit to hit a timely 89 off-55 off his side to see his side over the line with 14 balls to spare.

McDermott credited seven fours and five sixes, adding 33 for the third wicket with captain Peter Handscomb (13), 55 for the fourth wicket with Colin Ingram (19) from South Africa and another 48 for the fifth wicket with Tim David ( 21 not out).

Hurricanes top the eight-team tables with 11 points but only one lead for Stars who have played one game less.