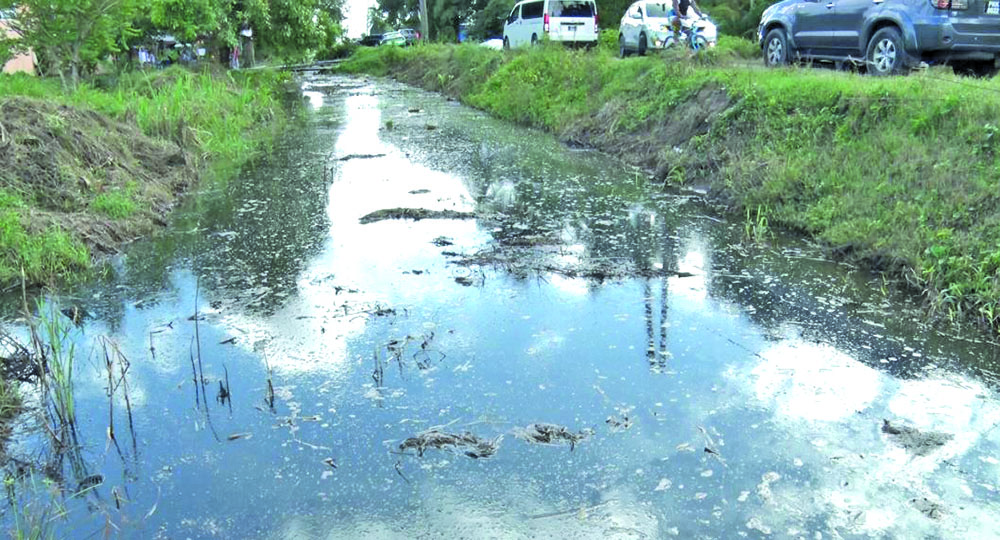 Residents hit by flooding in Hope and Unity on the East Coast of Demerara (ECD) would benefit from some form of relief, as work begins to clear the drainage network.

This intervention followed a recent visit by Agriculture Minister Zulfikar Mustapha when villagers voiced concerns about the plaguesome drainage issues.
In the current rainy season, many have experienced flooding because the sea defense has overtaken as the excess water could not drain. A similar scenario was reported in Helena, also assessed by the team.
To complete the work, two machines were due to start work at Hope and Unity on Thursday. Relief was also secured for the farmers who suffered losses through the National Agricultural Research and Extension Institute (NAREI).
Mustapha explained that millions of dollars have been spent on maintaining the canals by removing vegetation. In order to obtain value for money, it has now instructed the National Drainage and Irrigation Authority (NDIA) to assess the work completed.
“We have been paying almost $ 1 million monthly to maintain these canals. This means that all vegetation in the canals is supposed to be cleaned up, so that the vegetation that is blocking the flow of water would have been removed and you would get free flow of water. ”

He added, “I don’t know who checks these works, but I will ask NDIA to send a team here monthly to inspect these works to make sure the people clean the canals to the specification we are want it. Therefore, we do not encounter difficulties like these every rainfall. We cannot allow people to say they are cleaning the canals and are not cleaning it properly. ”
Due to sustained rainfall in many parts of Charity, Region Two (Pomeroon-Supenaam) this week, many farming and residential areas were affected by flooding. First Minister, Brigadier (ret’d) Mark Phillips and the Minister of Agriculture led a team into several of those communities to get a first-hand look at the extent of the flooding.
During the assessment outreach, two top Government officials met with several residents and assured them of the Government’s commitment to developing long-term solutions to the country’s drainage issues.
The First Minister urged people to refrain from littering as many of the drainage structures were found to be filled with junk. We also visited the main commercial zone of Charity, where many businesses were also clearly affected by flooding.
There, it was found that a number of stalls had been built over the drains which was causing some difficulty in clearing operations. The borough has been called upon to work with the occupants of these structures to ensure much needed drainage works can be carried out.