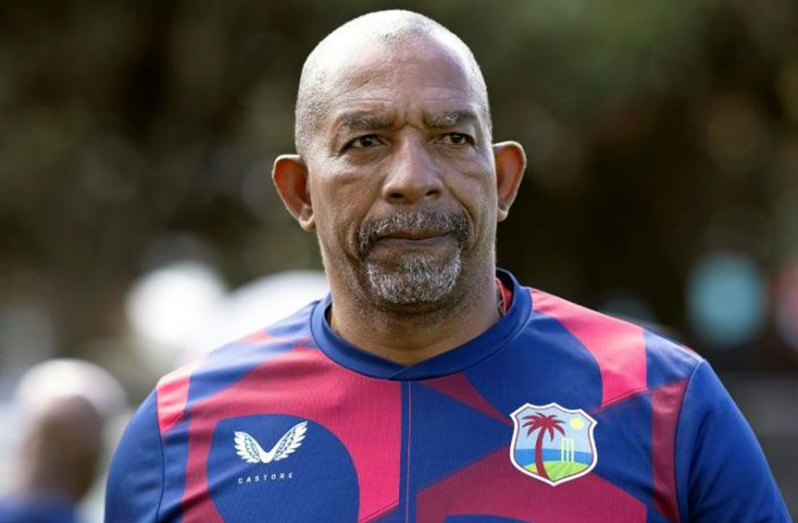 DHAKA, Bangladesh (CMC) – Head coach Phil Simmons said yesterday that he could not question the decision of any player who chose not to ride amid the ongoing COVID-19 global pandemic.
Speaking for the first time since 10 first-choice players opted out of the One-Day International and Test series starting next week, Simmons said that regardless of the decisions players made, they had the right to decide were they comfortable playing in the general conditions.
“I can’t say if this was the wrong call for them,” Simmons told an online media conference.
“Everyone has their reasons and opinions on things. Their choices were made in consultation with whoever was consulted, and they think that’s the decision for them so I can’t decide what’s best for anyone else but Phil Simmons. “

He added: “All of our players were given that option (of refusal of choice) from the first series. Some chose it in the first series, some chose it in the last series and some in this series.
“People have different reasons for doing things and I can’t pre-judge or judge anyone’s reason for not going on a journey.”
Test captain Jason Holder and white-ball skipper Kieron Pollard were the two named most included in the exodus, due to what West Indies Cricket (CWI) labeled as “COVID-related personal concerns or fears”.

Also included in the group were Darren Bravo, Roston Chase, Shamarh Brooks, Sheldon Cottrell, Shai Hope, Nicholas Pooran, Shimron Hetmyer and Evin Lewis.
The players came out despite assurances from CWI that the series could go ahead safely, following a report provided by Dr Akshai Mansingh, a member of its medical advisory committee, who oversaw protocols and facilities during a reconnaissance trip here last November. .
Yesterday, health authorities here confirmed a further 718 new cases of COVID-19 and 16 deaths, taking the overall infections to just over 524 000 and the death toll to 7 819.
West Indies arrived here on Sunday and have spent the last three days alone. So far all players and officials have been negative and training is due to start today.
Simmons said the protocols so far have been a replication of recent trips around England and New Zealand last year.

“So far the protocols have been good. The first three days we’ve been in our rooms and we had breakfast, lunch and supper, so these were the same protocols in the other two places we went to, ”he noted. West Indies lost the three-Test series to England last July, going down 2-1, and failing to win a single game in the International20 and Test Twenty20 series in New Zealand.
And while he surrendered the COVID-19 environment that brought challenges, Simmons supported his players to be focused and ready to give 100 percent on the current journey.
“It’s definitely not easy to be away at times like this for any of us but at the same time, the two series we played in when we got there, everything was put in, every effort put into the series and we were prepared in the right way, ”he explained. “We may not have got the results we wanted but we’ve put everything in it and it’s going to be the same for this series. No offshoring is easy these days but we’re here to give everyone. ”The West Indies face Bangladesh in three ODIs from January 20 to 25 and in two Tests between February 3 and 15.