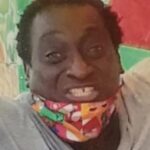 Police on the hunt for the suspect

Kaieteur News – Police have issued a wanted bulletin for a man they thought may have killed Paul Anthony Smith, a clothing dealer, on New Year’s Day.
Smith, popularly known as ‘Blacka’, was allegedly shot from 31 Bent Street Werk-en-Rust to his back by another clothing retailer around 18:30 hours in Longden and Commerce Streets, Georgetown in the vicinity of the Coast bus park the East.
Calling police for questioning in connection with the murder is Shawn Jones, 54, of 245 East La Penitence, Georgetown. Anyone who may know where Jones can be located is asked to contact police at the following phone numbers: 226-6978, 225-8196, 226-2870, 226-7065, 227-1149, 226-7065, 225-6940 , 911 or the nearest police station.

Cops previously arrested and also interrogated a 29-year-old man from East La Penitence who was believed to be a relative of the man he wanted. Kaieteur News had reported that he was the suspect.
Speaking to this newspaper yesterday, Division Four Commander ‘A’ Simon McBean said he was being questioned but all the information and evidence gathered so far points to Jones as the prime suspect.
According to reports, the suspect shot Smith while he was getting back to his car with a broken heart in his hand.
Eyewitnesses recalled hearing a commotion between Smith and the suspect just before the shooting. Some said Smith walked to where the man was and faced him with the cutlass.
Apparently he stormed off towards his car. Then people nearby heard an explosion. Shortly afterwards Smith was seen staring for a while and collapsed on the front passenger seat of his car.
Kaieteur News learned that Smith and the suspect were in violation for some time over a grievance, which they had.
They were often seen facing each other. Things got worse that night.
Smith has been described as a friendly individual who has been trading as a clothing trader at the bus park for a number of years.