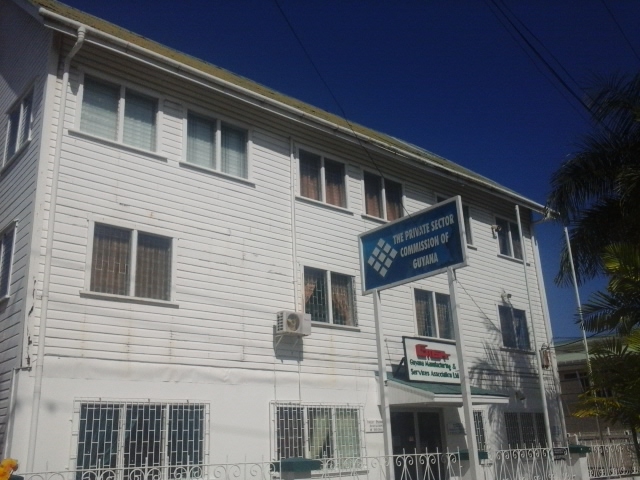 The Private Sector Commission (PSC) on Saturday called for several top officials not to be part of the Guyana Elections Commission (GECOM) machines before holding Local Government Elections (LGE), and urged GECOM Chairman, Retired Justice Claudette Singh, to break her silence about what is happening at that election management agency.

“It is unthinkable and certainly unacceptable that GECOM should go on to hold Local Government Elections while these officers continue to be employed and involved in the conduct of these elections,” said the PSC.

The PCC called on Justice Singh to give an update on GECOM’s willingness to hold Local Government Elections soon or Guyana risks political problems at a time of renewed prosperity. “Therefore, the Private Sector Commission wishes to encourage the Chair of the Electoral Commission to speak up and speak out about the steps being taken to put right everything that has gone wrong at GECOM and to make it fast , ”Said the organization.

AMC Chair Nicholas Boyer did not receive immediate calls or respond to a question as to why that umbrella business organization thought its call for the removal of the accused officers was reasonable given the fact that they had not been convicted by a court opinions. Chief Election Officer, Keith Lowenfield; Deputy Chief Election Officer Roxanne Myers; District Four Returning Officer Clairmont Mingo, Information Technology Officer Enrique Livan and Sheffern Registration Officer February have been charged with several offenses related to the March 2, 2020 general and regional elections.

The PSC states that while those officers have been charged, they remain in office, but has not said definitively whether he wants the seven-member commission to fire them or to contradict them from duty. “However, to the best of our knowledge, none of these officers have been dismissed from their employment with GECOM, nor have they been suspended from duty,” said the PSC.

Noting that GECOM has been quiet about its readiness for Local Government Elections, the PSC said that enough time has passed since the declaration 0f the election results on August 2, 2020 for GECOM to identify what occur in that body. The PSC tried to blast the GECOM Chairman, saying he could not refuse action to “clean up” the Commission because the opposition A Partnership for National Unity + Alliance for Change (APNU + AFC) had filed an election petition. The business organization said the Local Government Elections were likely to be held well before the petition was heard and finally decided. “The election petition cannot be used as a means of delaying or delaying GECOM’s willingness to hold an election,” said the PSC.

He warned the PCC that GECOM would be unable to prepare itself to hold the elections for the neighborhood and town councils. It would, therefore, be a very regressive step if GECOM’s failure to properly prepare itself to hold Local Government Elections when they fall due, leading to our country being forced, once again, to suffer the threat of further political instability, ” PSC.

Earlier this year, the PSC observed the general and regional elections and recounted the votes that saw the People’s Progressive Party declared a winner. APNU + AFC has filed two election petitions, citing alleged widespread electoral fraud including impersonating voters and an inability to reconcile votes cast due to missing documents and other records.

Previously, APNU + AFC has labeled PSC the mouth of PPP and the 2020 national budget was tailored to the benefit of the private sector.