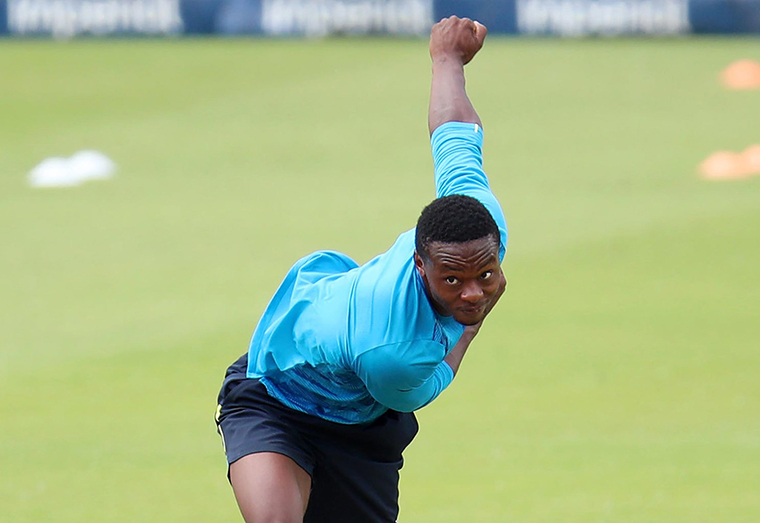 DE Africa has included uncapped sailors Daryn Dupavillon and Ottniel Baartman in an extended 21-man Test squad for their first trip to Pakistan for 14 years later this month.

South Africa will play Tests in Karachi and Rawalpindi, starting on January 26 and also welcoming fast bowler Kagiso Rabada and all-rounder Dwaine Pretorius, along with spinners Tabraiz Shamsi and George Linde.
“Given that the conditions that will be faced are largely unknown to the South African team, we wanted to strengthen the attack with the skill sets that Tabraiz Shamsi and George Linde have to offer, while giving players the opportunity like Daryn Dupavillon and Ottniel Baartman left behind making strong cases for themselves in recent seasons, ”selectmen convener Victor Mpitsang said Friday.

The team will be led by captain Quinton de Kock as they come off a 2-0 home series victory over Sri Lanka which ended on Tuesday.

The squad will leave for Pakistan on January 15 and embark on a period of quarantine in Karachi before training and training matches within the squad.

The decision to take an extended squad provides cover in the event of COVID-19 infections or injuries, with the quarantine period requirement meaning that new ones cannot be flown in at short notice.
International cricket has returned to Pakistan in the last 16 months following a militant attack on a Sri Lankan team bus in Lahore in 2009 that killed six policemen and two civilians.

The country has welcomed Sri Lanka, Bangladesh and Zimbabwe since September 2019, while England recently announced 20-over series for their men’s and women’s squads later this year.