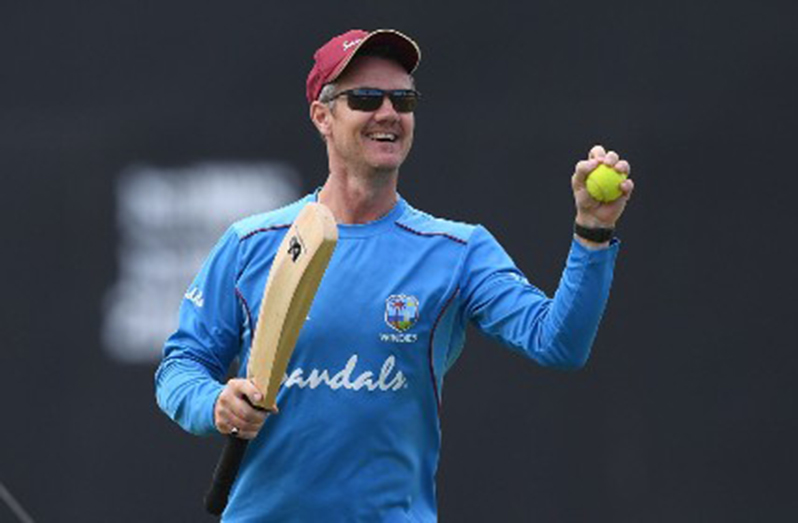 BRIDGETOWN, Barbados (CMC) – Experienced international batting coach Toby Radford has raised concerns over the potential negative impact of sending a depleted squad to Bangladesh, and fears players could pull out damaging implications for India’s cricketing image West.
The Welshman, who spent several years as part of the West Indies coaching staff, said he would have preferred to see a full-strength side for the forthcoming “half-team” tour, complemented by players inexperienced.

And while he was delighted with the new opportunities that will be offered to other players, Radford questioned whether the tour would improve West Indies cricket overall.
“I’m a little disappointed as a West Indies supporter that the main team doesn’t go. I’m delighted that it has given opportunities to younger players but there are a lot of big names missing, ”said Radford, who was a Caribbean side coaching staff until two years ago.
“My real concern is: is it good for West Indies cricket to be sending first half teams and some younger players (to Bangladesh). Will that affect how other countries view them going forward?
“I don’t know the answers but I’m looking forward a little disappointed. I would like to see the best team travel every time we go to play. ”
Test captain Jason Holder and white ball skipper Kieron Pollard were the two biggest names in a group of 10 who refused to be selected for the Bangladesh trip because of “COVID-19-related personal concerns or fears”.

Darren Bravo, one of the side’s most experienced Test and one-day batsmen, along with all-rounder Roston Chase and Shimron Hetmyer, chose the exciting left-hander, along with big-name one-day stars like Shai Hope, Evin Lewis and Nicholas Pooran.
Radford said he understood the need for some players, who had been hunted down in biosafety bubbles at various tournaments over the past year, to take a break.
And without naming players, he felt that there were others who should have chosen to tour because they had played relatively little cricket.
“I can understand one or two decisions not to go that may have played a lot of cricket,” he told Starcom Radio’s Mason and Guest cricket show.

“I think someone like Jason Holder who has played a lot of cricket and been in a lot of bubbles this year and stuck in his hotel room, I can understand him getting tired and needing a break.
“But there are a few I think who are taking a break who may not need a break. “And the other thing that is interesting is that the players who travel and have said they are happy to travel are those who are only paid by the West Indies board and not gets no extra money playing in T20 competitions. “Many of those who have decided not to travel obviously win playing in the Big Bash or playing in the IPL and the bank is quite crowded for them and they probably don’t feel they have to go to Bangladesh. ” Pollard, Holder, Hetmyer and Pooran and Sheldon Cottrell campaigned in the lucrative IPL last September / October while Holder and Pooran who appeared in the ongoing Big Bash.West Indies were due to leave this weekend for the January 10-a-day tour. Feb. 15 which includes three One-Day Internationals and two Tests.