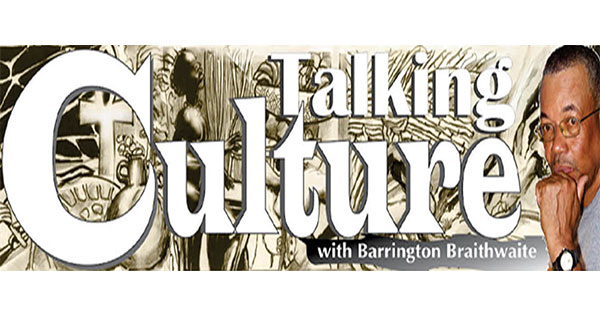 – DEVELOPING URBAN NEEDS
Image of Georgetown decorating coffee table books is restricted to Main Street, Water Street and some areas in Robbstown, but never to the overcrowded areas of Werk-en-rust, Charlestown, Albouystown, La Penitence and even old Tiger Bay; neither are the early villages where infant mortality, disease and poverty were prevalent, for obvious reasons, that they fell into the ‘trivial linen’ category and would not function as good postcard material. Housing was a slow process before and after independence, the ‘Nigger Yards’ were thrown across Georgetown from Kingston to La Penitence with about a third of city folk living in these ‘Yards’ and contributing to seriously negative social evolution.

Between the 50s and 60s, housing began before and after independence in the former Ruimveldt area of ​​the plantation. Laing Avenue, East-West Ruimveldt, East-West La Penitence, Festival City, South Ruimveldt and Roxanne Burnham Gardens were a reality, the latter in the 70s, and some contributed to levels of self-help. But because housing is tailored to tackle overcrowding, a new generation of young adults would need a further housing extension within the next 10 to 15 years, because this level of convenience housing could hardly be considered as a space of ‘family development,’ focused housing, ‘except for South Ruimveldt and the estate plan in West Ruimveldt, most were range houses. That extension never came, because between 1973 and 1979, the politically produced ‘Oil Crisis’ was launched worldwide (Saddam Hussein blamed this), even affecting the leading economies and smashing small ones like our Guyana.

In the late 70s, it was clear that overcrowded concerns between siblings and couples were leading to conflict, even murder. A group of predominantly Rastafarian West Ruimveldt brothers decided to move to the virtual rainforest west of Roxanne Burnham Gardens to create a settled community. I knew about this, I was encouraged to take part in this squat exercise, but refused because I had ventured to explore and develop my artistic skills, created illustrative storytelling (comic books), so I needed electricity and stability , do or die, I had it for rent, it was a necessary adventure, but one I couldn’t undertake at the time. So the process went on and after the initial clearing of the first dwellings was launched, the community of Rasville was launched on June 11th, 1981. The founders of Rasville were Roland Benjamin ex-GDF medic, Neville Wiltshire aka Natty, Greenidge (National Footballer) Pele, Christopher George, Polo Race aka-Beard Man, the late Raul Benjamin, Tony Hoff; former policeman, Keron Tanner, Monzun. Many other residents, as well as trials, would follow. This year 2021 is the 40th anniversary of the founding of the community. The main aim of the community was to nurture and maintain the difficult supply of organic produce to the surrounding populated communities, to maintain canals and a high level of community ethics. The initial flow of residents was from the proposed areas that were crowded. I cannot recount Rasville’s chronicles without telling in detail the tragic kin-folk experience I have written before. My little cousin and father of her children Michael Jules moved out of a crowded West Ruimveldt apartment – Michael aka ‘Porridge man’, ganja dealer. Murdered and robbed, my little cousin’s bracelets were taken off her arms by the late Leon Fraser and Cosbert, because he refused to pay them a tariff that would allow him to sell marijuana. These were, of course, members of the ‘Black Clothes police.’ This was an issue that I took to the commissioner at the time and to President Hoyte at the time, who addressed it. Roland Benjamin and Christopher George started the land scouts for profitable soil and eventually found him next door. Clearing the north side of the canal behind Rasville, they recognized the potential of the dam, where they began further treatment and clearance and maintenance of the canal.

My birthday visit to Rasville last week was an experience getting there. I did an article in 2017-18 about paved communities, where cars drove pedestrians into the slippery put-ta-put-ta, and there it was, the Back Road had its pavement. I have driven down the “Back Road” many times but have never noticed it. Well, this time I was paying attention, and I couldn’t help but notice what I can only refer to as the ‘GWI housing scheme.’ Fortunately, I didn’t tell the young man who was driving the bus to “STOP BY THE WELL” because the old well had disappeared. My visit was prompted by a reminder from Roland ‘Lepke’ Benjamin (apart from being a dedicated farmer, vegetarian and masseur) that I saw in the city center, from Rasville’s birthday. The population of the area back from scratch was not confined to the population of the plan initially envisaged. By unfortunate circumstances, Roland had been out of that jurisdiction for some time, having returned to his surprise the population had grown by completely unknown settlers, though this was unavoidable, and it was expected, he had surpassed all that anticipated. But while emigration has affected its own small core group, Benji and Chris continued on the basic objective of producing a unique organic community farm. I saw the farm and was very impressed, over the years a mostly two man team had developed an impressive farm with solid types, our culture is not subject to whining and complaining, but to take on this dream of awakened men to the next level, they would need some external input. I had to remind them of the threshold of ‘Black History Month’ that our forefathers had provided for over 250 years of free labor and then low wages, a subsidy to create the colony at the time, now nation of Guyana. These brothers have fulfilled Rasville’s initial dream, and have begun writing the second chapter.