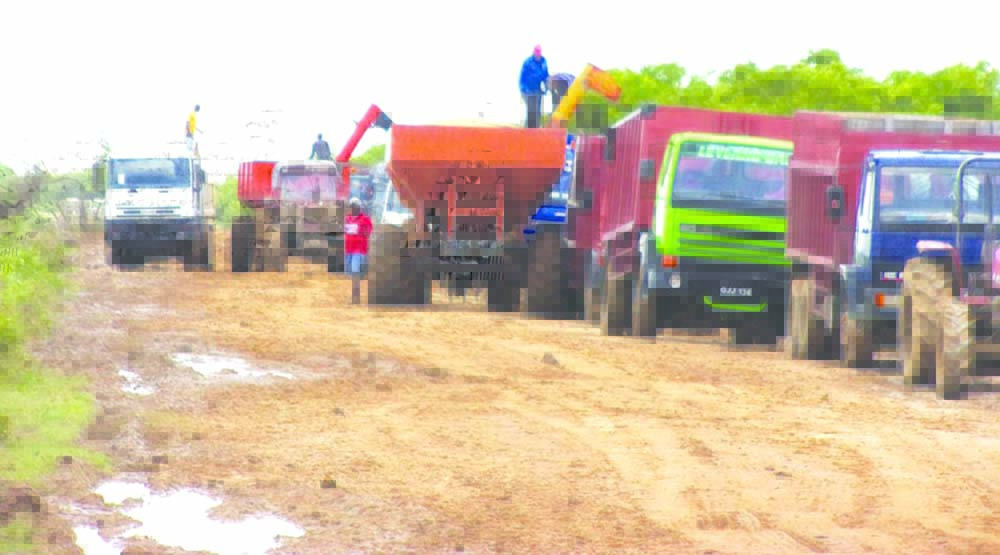 The District Five Regional Democratic Council has included upgrading several farm-to-market roads in its 2021 work program, in line with the Government’s goal of increasing agricultural productivity.

The District plans to re-establish the Mahaica New Branch Road, Mahaicony Branch Road, Burma Access Road, and section of Route No. 27. Speaking to DPI, Regional Chairman Vickchand Ramphal said improving these roads would reduce commuting time and increases the overall productivity of farmers.
“Knowing that Region Five is the largest rice-producing region in the country, addressing some areas was critical to pushing the development of the sector, and so we identified several farm-to-market routes to ‘ w rehabilitation, since they have been in a state of disrepair in recent years, ”explains Ramphal.
He added that the administration is also planning to re-establish the Mahaica-Mahaicony-Abary Agricultural Development Authority plan / to improve its infrastructure.

“We would have seen several dams being graded and shaved as well as the canals and ditches in the treatment area being cleared and cleaned, which has resulted in improved irrigation in the farming areas. This, of course, is a great boost for our region and our farmers, ”said the Regional Chairman.
The Government aims to restore Guyana to the status of being a ‘Caribbean bread basket’ by making the necessary investments, and providing technical, financial and other support to the agricultural sector.
In December, the Minister of Agriculture, Hon. Zulfikar Mustapha, told Region Five farmers that the administration plans to develop more lands to double rice production in the next five years. To this end, the Ministry has installed several drainage pumps that have already begun to reduce the level of flooding due to seasonal rainfall.
Ramphal said this measure is exactly what the Region needs, to push the development of the sector while reducing the adversity faced by farmers and residents.
In Budget 2020, the Ministry made allocations for a new pump installation at Trafalgar, which will enable four pumps to be operated at the station, according to its design. Provision has also been made for 12 high capacity drainage pumps to be installed in the region.