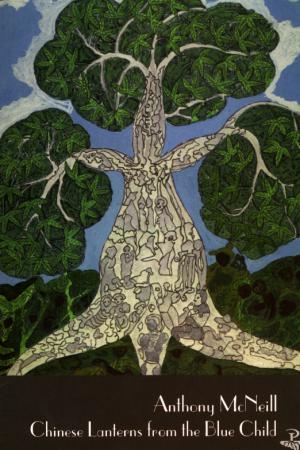 An Ode to Brother Joe
Nothing can soak
Brother Joe’s hard sermon,
his head swollen
with certainty.

When it lights up s’liff
you can’t stop it,
and the door to God, usually closed,
puts in a rainbow gust.

Then it’s time for the pipe,
which is filled with its water base
and give it to him for his blessing.
It folds over the stem,
enters into the long grace,
and the drums begin

the drums start
Hail Selassie I.
Jah Rastafari,
and the room fills with the power
and the beauty of blackness,
furniture of optimism.

But the law thinks differently.
Tonight caught the Babylon
Brother Joe in his act of praise
and carried him away to the workhouse.

Who will save Brother Joe? Hail better
Selassie is far away
and unable to care less,
and the promised ship

is a million light years
of Freeport.
But the drums in the house tenement
quieter than usual tonight

and the brothers sucking hard
by their s’liffs and pipes:
Before the evening is over
Brother Joe has become a martyr;

But still in prison;
And only his woman
who appreciates being more moral
denies himself of the weeds tonight
to hire a lawyer
and give up real fights.

Meanwhile in the musty cell,
Joe calls, almost normally
the magic words:
Hail Selassie I.
Jah Rastafari,
but the door is real and remains closed.

It has been reported that the Jamaican poet Anthony McNeill (1941 – 1996) is widely recognized as one of the most original of the generation of poets following Kamau Brathwaite and Derek Walcott. After a period through the 1960s, Walcott and Brathwaite dominated West Indian poetry. But by the end of that decade, critic / poet Eddie Baugh identified four poets who had emerged as new, solo and Caribbean poets, managing their own voices and establishing themselves as leaders of the next generation.

They were McNeill, Mervin Morris and Dennis Scott from Jamaica, and Wayne Brown from Trinidad and Tobago. McNeill was prominent among them. He was highly commended and the winner of the prestigious 1995 Jamaican National Literary Award for Chinese Lanterns by the Blue Child. A few of his poems were selected by the critic / poet / musician / writer of fiction Kwame Dawes when he edited Wheel and Come Again: An Anthology of Reggae Poetry (Peepal Tree 1998). Dawes pointed out that McNeill was “among the first Caribbean poets to explore images of reggae and Rastafarianism in his work.” So does Morris in poems as immortal as “Valley Prince” and “Rasta Reggae”, and Scott, with equally eternal lines in “Dreadwalk” and “Apocalypse Dub.”

McNeill is outstanding for his prominent collections Hello Ungod (1971) and Reel from the Life Movie (1972) which show his individual flair and willingness to venture with modernist type explorations of form and boldness of utterance and subjectivity, exemplified by the poems “Who is Sammy” and “Hello Hunger”. But his fascinating interests include poems that Dawes believes express “such a reggae aesthetic.”

This reggae aesthetic, he says, manifests itself in Dub Poetry, but also in “spoken pieces together with the more conventional forms.” Dawes argued, “this aesthetic has come to shape the writing of poets from all over the world.” These are represented by the selections in Wheel. Included in that anthology are four McNeill poems – “Saint Ras”, “For the D”, “Bob Marley” and “Ode to Brother Joe” – which relate this aesthetic to the exploration of a subject but which become deeper in analyzing the cosmos of the Rasta Man. This is closely related to the music in which this consciousness is immersed, the heavy mood of Rasta, and the spiritual connections often found in the music. In fact, much of the music is created by that dynamic.

The most intense nature of these relationships can be seen in the poem “For The D” – a tribute to Don Drummond, whose tragic, yet poetic theme lives on in the music as well as in the poet’s metaphors in an indistinguishable way. McNeill heard in the music an expression of the cosmos, the environment and the way the reggae musician expressed that in his music. The poet wished he could do so in poetry – expressing the intensity of the feeling and the experience of suffering. He asked Drummond, “may I learn the shape of that hurt // that caught you every night into // dread city, finding through // streets steep with the victim’s beat.” That line, ” the shape of that hurt ”, is among the best you will find anywhere in poetry.

In “Ode to Brother Joe”, the poet similarly sought to capture the world, the spiritual circle in which the Rasta man, Brother Joe and his community live. In many parts of the poem, McNeill suggested that he was quite removed from reality. One is tempted to read that the god of the Rasta does not exist and his chants to Selassie are as vain as the smoke he emits. Furthermore, he must face the law and his spiritual protests have no power to release him.

To leave it there, however, there is a limited reading of the poem of middle-class sensibility and a standard attitude in society that is sympathetic if not hostile to the beliefs of the Rasta. McNeill was an over-complicated and thorough poet to be left there. He expressed a tragic reality – one faced in contemporary society by the poor and nonprofit trying to find a way out of their condition, seeking plain physical relief and spiritual liberation. It shows how they conflict with society in doing so.

These are the things that reggae does to the working class, and part of the reason Bob Marley’s songs have such enduring power. Reggae music responds to the need to fight for protection and liberation, and does it through not only words, but also the shape of the music. McNeil’s reggae aesthetic is about how poets and poetry relate to that music and all that it stands for but is too broad and complex to fully express here.

Dawes claimed that his published selections include “what this anthology presupposes is a reggae aesthetic – an aesthetic one can discern in Kintoni Johnson’s dub Linton poetry and Geoffrey Philip’s sonnets. Sometimes these poems do not look like a reggae song, but at their core they represent a dialogue with reggae. In some cases this dialogue is not one of celebration, but of deep question, as in Anthony McNeill’s ‘Ode to Brother Joe’.