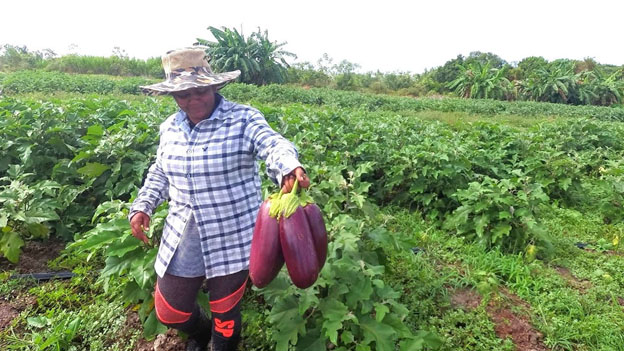 In circumstances where the agricultural sector in Latin America and the Caribbean plays a vital role in producing food and ecosystem services not only for the region but for the planet as a whole, the World Bank wants policy makers to take action to free What it says is the huge potential of the sector to drive sustainable and inclusive growth in the decades ahead.

The urge contained in a Bank report released last week comes against the backdrop of what is perceived as a significant underperformance of the agricultural sector in the Caribbean where, in particular, not only Caribbean Community (CARICOM) member countries have failed to maximize their individual and collective agricultural potential but have placed a heavy burden on their vital foreign exchange earnings by running an annual additional regional food import bill currently estimated to exceed US $ 5 billion dollars.

The Bank calls for an end to what is essentially a mismanagement of the economic resources of countries in the region and a much closer focus on returns from the sector such as agriculture and food systems across Latin America and the Caribbean (PDG) seeks to heal from the effects of the COVID-19 pandemic.

What the World Bank wants, the Report says, is for policy makers to use the sector to drive sustainable and inclusive growth for decades to come.

It is undoubtedly a timely challenge for a region where a high reliance on the tourism sector has played a huge role in an abundance of imported foods, in all CARICOM countries except Guyana, where the agricultural sector continues to thrive despite challenges serious, ensuring not only adequate quantities of food for local consumption but also exporting capacity serving the rest of the region and further afield.

The recent World Bank Report entitled “Future Foodscapes: Re-imagining Agriculture in Latin America and the Caribbean,” calls for sector reforms if it is to play an even more important role in supporting the region’s recovery from the COVID crisis- 19, eradicate extreme poverty and promote shared prosperity.

“We need an agricultural sector that can meet the growing food needs of the region and the world at large while avoiding further damage to our environment. With better policies and new technologies, the region’s agri-food systems can contribute more to growth, reducing poverty and food security and nutrition, ”a Bank official is quoted as saying in the release of the Report.

The Report also notes that while agriculture accounts for between 5 and 18 percent of the gross domestic product in twenty Latin American and Caribbean countries and its record of success nonetheless, the sector is underperforming, with impressive achievements reflected in increased productivity and rising net exports. comes at the expense of significant environmental and health costs. Accordingly, Report calls for a balance between increasing the agricultural potential of the region and protecting its environmental wealth and addressing food quality, safety and nutritional security.

In a statement issued to highlight the circulation of the World Bank’s Leading Economist Economist and the team leader who wrote the Report, Michael Morris described Latin America and the Caribbean as the bread and lungs basket of the world, ”though he added that” the challenge is to ensure that he continues to play those roles. Policy makers will need to focus on reducing market inefficiencies, building human and organizational capacity, preparing for catastrophic risks and seizing emerging opportunities, while at the same time considering game-changing reforms such as agri-food systems making is carbon neutral, ”added Morris.