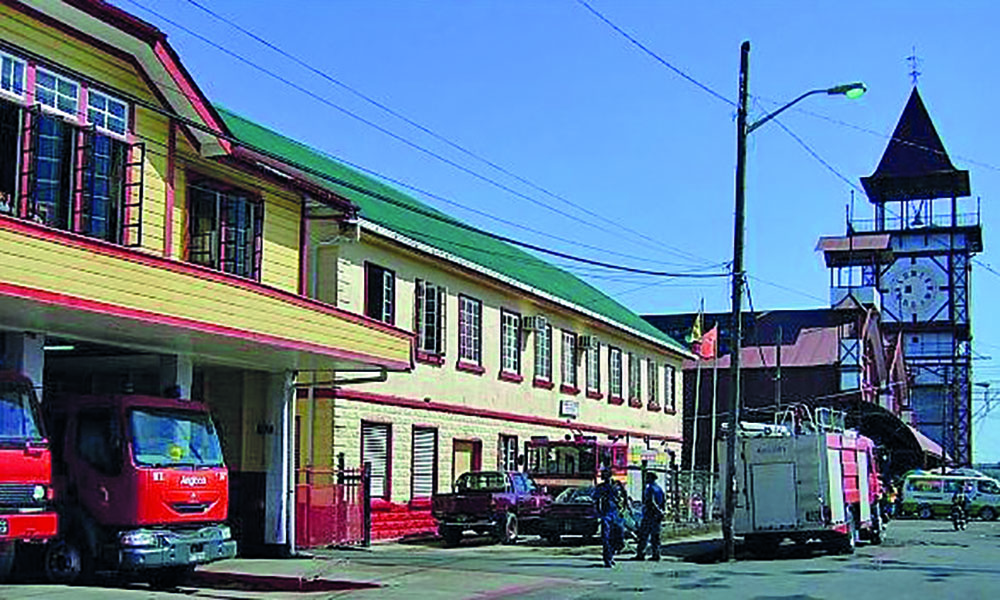 Chief Fire Officer Marlon Gentle has revealed that the relocation of Guyana Fire Service (GFS) HQ from the Stabroek area of ​​Georgetown is under active consideration.

The Head of Fire made this disclosure last Friday while addressing reporters at the scene of a fire that broke out at the Fogarty Building on North Road and Water Street, Georgetown.
He said the relocation of Fire Service Headquarters, which also houses the Central Fire Station, is “an active consideration – either to remove or, as we say, declutter the area surrounding the Fire Service.”
Gentle did not reveal any further details on whether a new location has been identified.
However, the Head of Fire lamented the challenges at the current Water Street location.

In fact, he had said that firefighters had experienced some obstacles in moving their equipment from Central Fire Station to a fire scene on Friday about two blocks away, at the Fogarty building.
“It only took us about eight minutes to clear that area because of congestion, traffic and everything else,” he had noted.
Gentle told reporters that this is something that needs to be looked at, especially the strategies in responding to such busy areas of business.
“I must also add that this area is one of the high-risk areas in the city of Georgetown and we know that whenever a call is made we must have a very robust fire response – no matter what the situation . We have done that, and we have been able to mitigate what could have been a more alarming situation in this Fogarty building, ”the Fire Chief asked.
However, although he stated that he would like to move freely in and out of the Central Fire Station, which is surrounded by markets, street vendors, and bus and taxi parks, he could not say how this would be done .
“But I know some collaborative effort is being worked on. Only [Thursday], we are having a long discussion with the Minister [of Home Affairs Robeson Benn] and some other agents with responsibility in this area, to deconstruct the area, as it were.
“But I know it won’t be one shot or it won’t be an overnight thing. But we still have to work because we realized that it is a barrier to moving in an emergency – not just a fire but an ambulance and everything else, ”argued the Head of Fire.
The relocation of Fire Service Headquarters and Central Fire Station is something that has been under consideration since 2014.