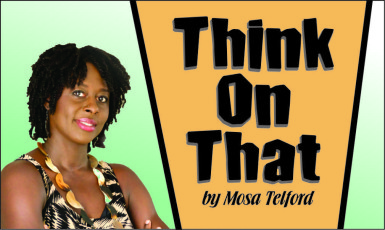 2020 was a year of trials and tribulations. Chaos and fear spread throughout the world like a wildfire, flashing the hopes of Earth’s citizens. Many yearned for the year to end, with some foolishly thinking that the 1st of January 2021 would bring an end to COVID-19 and the chaos miraculously.

But just a few days into the year, on Wednesday, we saw anarchy in Washington DC as Trump supporters stormed and occupied the US Capitol. Many Guyanese could not help but note the similarities between Guyana’s last elections and the US elections. We had the storming at the GECOM Command Center, the United States got a Capitol storm. We had accusations of fraud by the incumbent at the time and the Republicans have similarly alleged fraud. Certainly, the revolutions and chaos are being televised more than they have ever been in our history.

Many consider themselves fortunate to have survived 2020. Some of our relatives and friends left – many unexpectedly – in the midst of the growing crisis in this world. Not only the coronavirus continues to infect us, but a degenerative virus continues to spread. Mankind seems to be declining in every aspect of existence. Our evolution and decline appear to have merged, creating a complex situation.

Here in Guyana in 2020 we continued to grapple with social issues. The prevalence of crimes such as murder, rape, gender-based violence, child abuse and larch has for many years exposed the indecency and masculinity that exists here.

A few weeks ago, we learned of the death of an eleven-year-old girl and her mother. Both are allegedly murdered by the mother’s Cuban girlfriend’s hands. Not only do Guyanese women and children suffer at the hands of Guyanese men, but now it seems we will also face the expense of immigrants. The headlines read that the post-mortem had found the child to be sexually active. How long do we have to wait for intelligent adults to properly label child rape? All too often I hear stories about the widespread sexual abuse of Guyana’s children, which is often overlooked or secretive. When our children die on the inside during childhood, can we be surprised when some become zombified into adulthood and thus cold and heartless? Can we be surprised that some are mentally ill? Can we be surprised that the cycle continues?

The mother and daughter murders inspired discussions about the Guyanese and immigrant relationships. More often than not, we do not know the backgrounds of those who come here to seek a better life. Some, therefore, believe that Guyanese men and women should exercise caution when forming bonds with foreigners. But we cannot consider that all foreigners are deliberately poor. We Guyanese have been migrating to other countries for decades in search of a better life and often also forge bonds with non-Guyanese people. Could we imagine if all the countries our people have migrated to label us as people of bad intentions or criminals?

While people are coming in their numbers to seek a better life here because they realize the potential of Guyana many Guyanese are still stuck in the trenches and unable to make their way out of the mud. Only a few months ago when the citizens of this country flooded for squat. It was another example of the expense of 2020.

In September we learned of the deaths of Joel and Isaiah Henry and Haresh Singh. These murders are unsolved. Many have decided that there are those who do not want the murders solved. They say members of the police are defending the killers. We so often accuse the police of misconduct. While most are probably decent men and women, a few sins, leave a stain on them all. The police may prove the pessimists wrong and the killers will be brought to light. Pessimists may be proved to be citizens who are not afraid to speak the truth because they have learned lessons from the past and have often seen the script end with injustice.

We had a change of government in August, but before we finally got there, our electoral crisis exposed us. As already mentioned, the storms at the GECOM Control Center and the allegations of fraud are similar to what has happened in the United States. But our election crisis lasted five months. For five months our dirty secrets were being broadcast for the world. They were five months from promoting the split. Five months of the racist virus, the hypocrisy virus, the malicious virus and the coronavirus.

The political theater where politicians combine their roles as antagonist and main character continued to play on the emotions and intelligence of the people. Many have chosen to play supporting roles in this political theater just for the sake of self-preservation. But here’s what we continue to receive.

We survived 2020. We must remember those who did not and pour libel in their honor. We must remember that while there is so much despair in the world, there are also wonderful experiences to be had. Love for self and love for fellow man can release us and the effects of chaos and decline.

Events in Washington DC have already revealed that the turmoil that came with 2020 did not end on December 31st 2020. The world continues to be subjected to injustice, social repercussions, political unrest and the coronavirus. Many believe that 2021 is the progression to 2020 and that darker times lie ahead.

As individuals we can look at 2020 as the end of one’s life. Consider it a time when the universe was resetting the clock – a time when we were tested and tried, but when many of us discovered that we were stronger and more fearless than we ever imagined. It is a time when we have been forced to look internally for the answers as we sit alone, many have discovered the power of the divine energy present in us all.

2021 can be seen as a fresh start. We must set our intentions and know that together we can manifest a better world. Although there are challenges ahead, this is also a time of revelation. Much of what is hidden comes to light. Not only do we have to seek the light, but we also have to be the light. We can no longer wait on others to save us or repair the world, we decide.