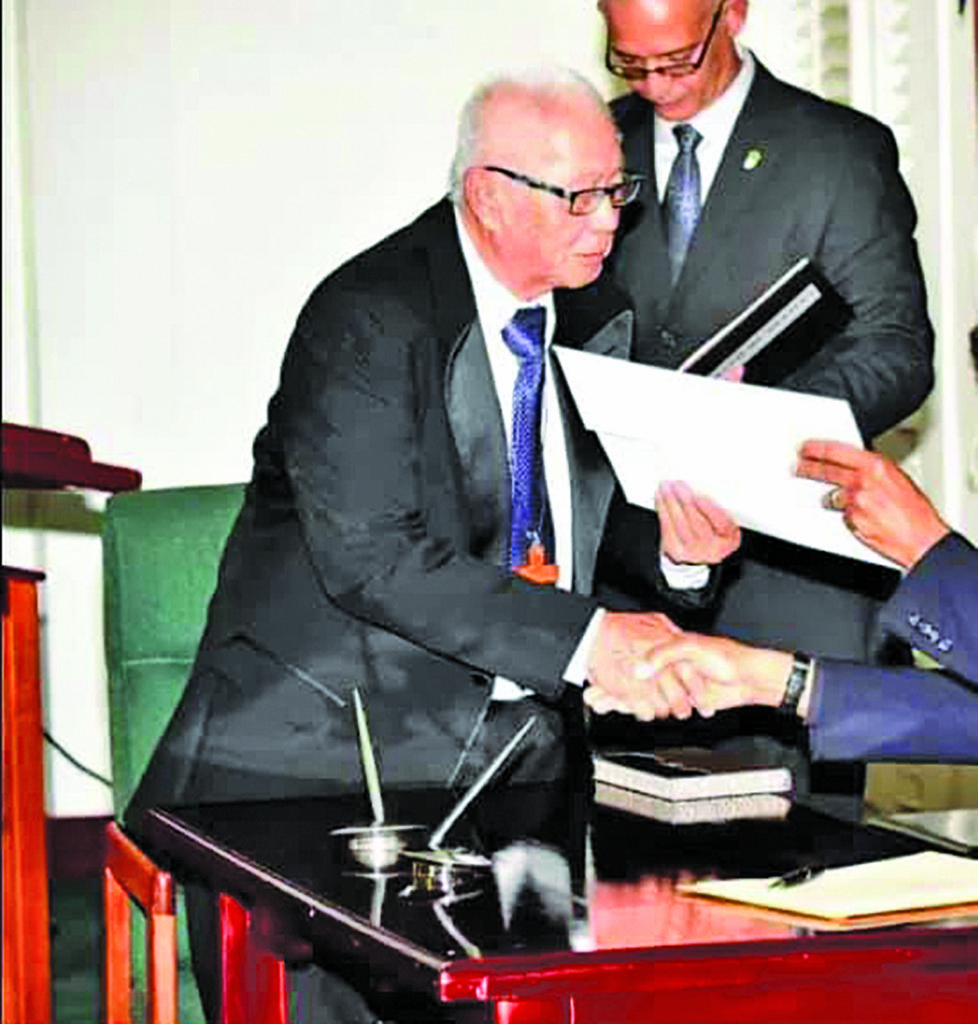 The Anglican community has been plunged into deep grief after the lifeless body of former priest George Chuck-A-Sang was found in his home, a Georgetown home with suspected stab wounds.
The 82-year-old Chuck-A-Sang had lived alone at Vlissengen Road in Lodge, Georgetown, and his lifeless body was discovered sometime after 15:00 hrs on Monday, according to a statement from Police.

Initial investigations so far have revealed that the religious leader’s daughter, Renata Chuck-A-Sang, last spoke to him via a WhatsApp call on Friday around 08:00h. Their conversation was said to be along normal lines, but on Monday, at around 15:00h, when he tried to contact him, his cellphone went unanswered.
This prompted her to visit her father’s residence, but, again, he was unable to contact him.
As a result, he went to the current priest’s residence, Monsell Alves, in Northeast La Penitence, and explained the situation.
As a result, she and Father Alves went to her father’s home, and Alves opened his office door.
As they made their way to the living quarters in the upper apartment of the house, they found her father’s body, covered in a white brief, lying dumb on the floor.
Police have said what appeared to be several stab wounds were found on the priest’s body, and his forehead appeared to be swollen.
The body of George Chuck-A-Sang was escorted to Georgetown Public Hospital (GPH), where he was pronounced dead on arrival. The body is now in Lyken Funeral Home awaiting a post mortem examination even as the Police investigation continues.
In 2017, Reverend George Chuck-A-Sang served as Chairman of the President’s Commission of Inquiry established to examine and make recommendations to resolve all issues and uncertainties surrounding Amerindia land title claims; sole, collective or community ownership of lands acquired by free Africans, and any issue relating to land titling in Guyana.
Chuck-A-Sang had served as a priest at Holy Trinity Church on the Essequibo Coast in Region Two (Pomeroon-Supenaam) and at St Sidwell’s Anglican Church in Georgetown.