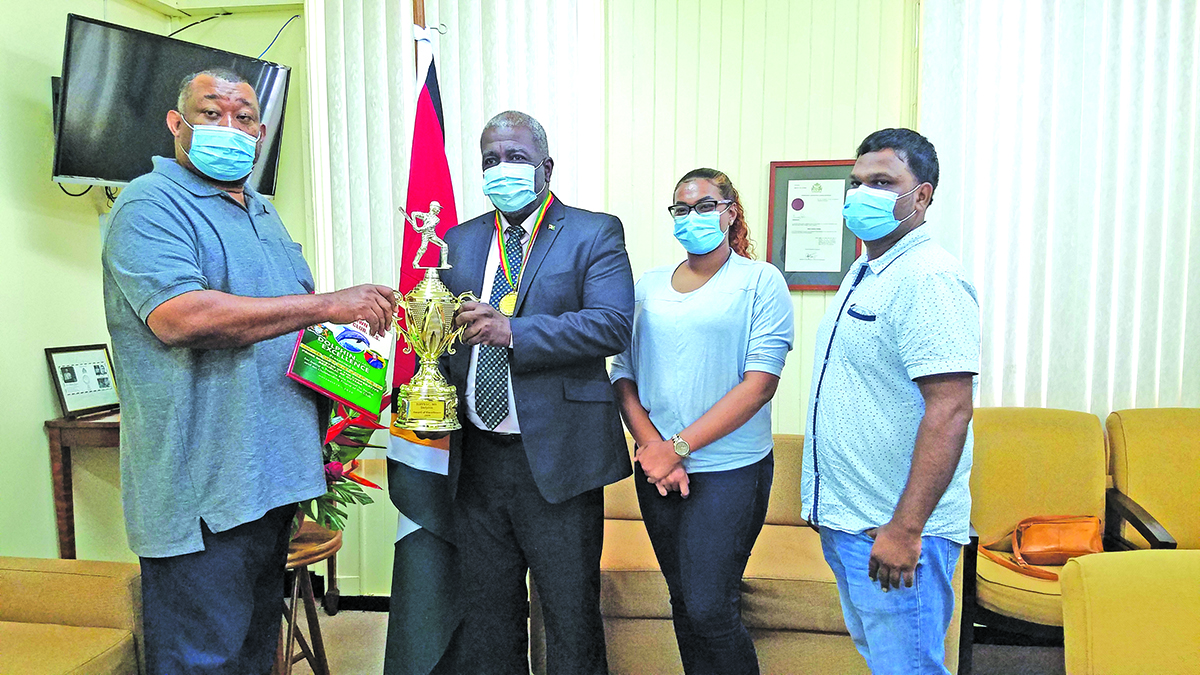 – exceeded the target of 700 activities

Although the COVID-19 pandemic forced most youth and sports organizations to close their doors, Rose Hall, MS Town and Youth Sports Club was still able to complete a highly successful 2020, and even exceeded its original target of 700 activities. .

Club Secretary / CEO Hilbert Foster has said that the club has adopted a policy of strict adherence to the COVID-19 guidelines for its membership and management, while doubling efforts to make a positive difference in the lives of the club those badly affected by the pandemic.
A total of 707 activities were completed under the headings of sport, coaching, educational, charitable, religious, youth development, social, community development, personal development, publications, anti-alcohol, anti-tobacco, anti-suicide and anti-crime, among others.

They were also runners-up in the Ramnaresh Sarwan Under-17 tournament and the Raffik Construction 100-ball Cup. The Namilco Thunderbolt Flour first division team has also reached the semi-finals of the two-day Banks Beer first-division tournament so far, while the other teams have reached the quarter-finals of the New Building Society’s 40-over tournament, the Elizabeth Styles Under 21 finals and the overall final of the Let’s Bet Sports county tournament.
Kevin Sinclair made his first appearance at first-class level for Guyana, having made a memorable first appearance for the New West Indies Team at the CWI one-day level.
Kevlon Anderson represented the highly talented West Indies in the ICC Under-19 World Cup, scoring 103 against Scotland in a warm match and 86 not out against England in an impressive tour.