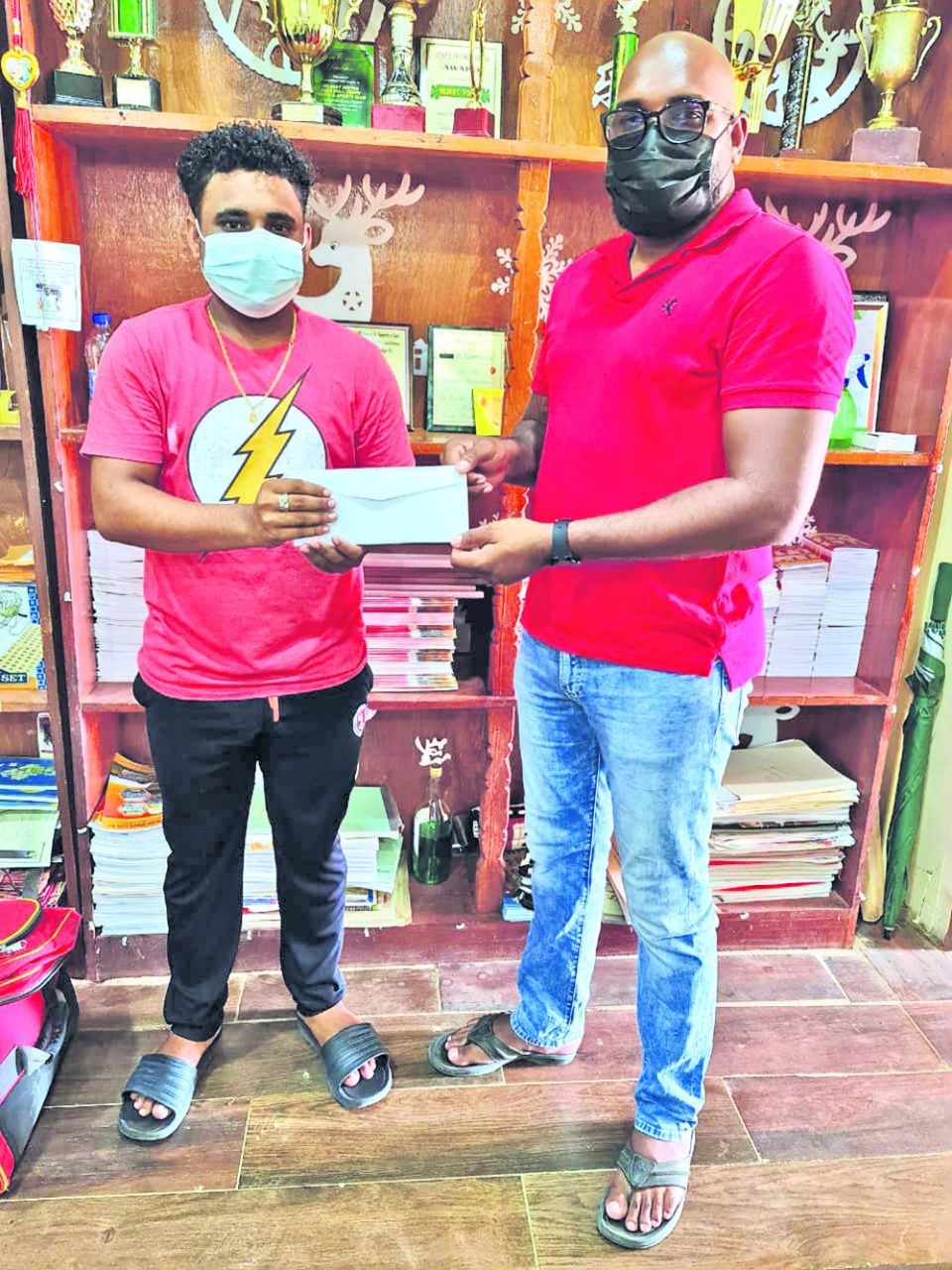 Sponsorship for cricket tournaments in Ancient Berbice County continues to pour in as the 2021 cricket season progresses under very strict COVID-19 guidelines.

The Berbice Cricket Board (BCB), which has set itself a target of 40 tournaments in 2021, has so far held 18 finals over the past two months. The latest sponsors to come on board are Sandeep and Son Poultry Farm and Kascon Engineering Ltd.
Sandeep Ramdass of Sandeep and Son Poultry Farm would sponsor an under-23 tournament for clubs throughout the Old County while Kascon Engineering Ltd would sponsor a 20/20 tournament for teams in the New Amsterdam / Canje / East Bank Area.
BCB President Hilbert Foster cited Sandeep Ramdass and Son Poultry Farm under-23 competition as another milestone in Berbice cricket history as it would complete the tournaments cycle for junior cricketers. The cycle would start at the Under-13 level and progress to Under-15, Under-17, Under-19, Under-21 and Under-23.

The BCB President noted that many players leave the game after the under-19 level as they feel there is no future for their career. Holding under-21 and under-23 tournaments, Foster noted, is intended to rectify that situation and aid in player development. Players like Kevin Sinclair, Adrian Sukhwa, Sylus Tyndall, Keith Simpson, Kevin Umroa, Jetendra Outar, Karran Arjpaul, Anthonio February, Kevlon Anderson, Leon Swammy, Garfield Benjamin, Brandon Corlette, Marvan Prashad, Seon Glasgow, Javed Karim, Trevon Stanislaus, Nigel Deodat, Chris Harry, Shamal Angel, Rampertab Ramnauth, Isiah Thorne, Alex Algoo, Gourav Ramesh, Chanderpaul Govindhan, Abdul Ramsammy, Zeynul Ramsammy, Jeremy Sandia, Mahendra Gopilall, Reaz Karim, and Leon Cecil are expected to play in the tournament. .
Teams expected to participate would include Rose Hall Town Vitality Inc, Albion, Port Mourant, Radha Krishna Foundation, RH Canje, Young Warriors, Tucber Park, Edinburgh, Blairmont, Achievers and Bush Lot United.
The second tournament sponsored by Kascon Engineering Inc. would be for teams in the New Amsterdam / Canje area and is part of the BCB grassroots cricket development program.
The BCB President had committed his administration to hosting at least three cricket tournaments for each of the five sub-districts: Berbice River, New Amsterdam / Canje, Lower Corentyne / Central Corentyne, West Berbice and Upper Corentyne. The BCB / Kascon Engineering tournament will be one of 20/20 with a total of 16 clubs participating.
They would include Kendall Union CC, Kendall’s Union Sports Star, RH Canje, YWCC, Pathfinders CC, Canje Titans, Good Banana Land, Betsy Ground, Mount Sinai, Tucber Park, Guymine and Sisters. Foster revealed that the tournament would start on Sunday, April 11 and is expected to be completed in four weeks. Teams involved in the tournaments are required to adhere to BCB COVID-19 guidelines.
No spectators would be allowed at the venue and players would have to wear face masks in the pavilion and practice social isolation. Foster expressed his gratitude to sponsors Sandeep Ramdass and Rafeek Kassim for their support. He noted that Berbice cricket is having a wonderful time and this includes holding a number of tournaments at the various levels. Both businessmen expressed their involvement in Berbice cricket and noted that they were likely to be long-term sponsors.