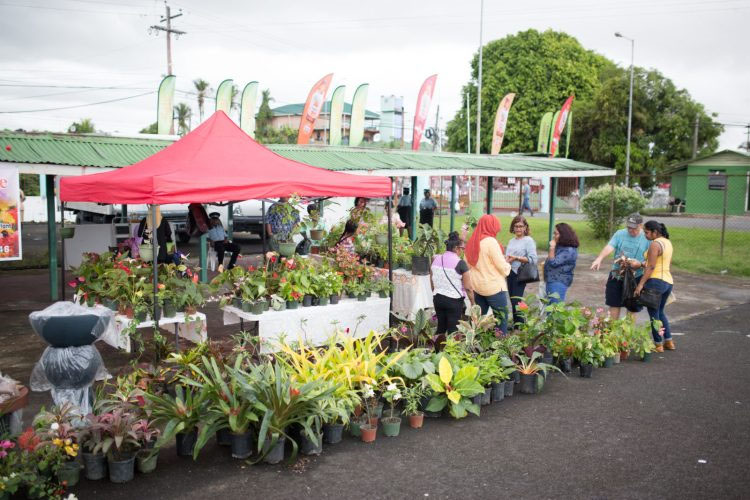 Feedback received from the December 2 webinar hosted by the Bureau of Small Business suggests that despite continued media coverage focusing on small business circumstances, the government continues to ‘miss the bus’ in terms of their growth requirements. .

Feedback from participants in the forum suggests that although the discourse includes exchanges with representatives of various state agencies including the Guyana Finance Authority (GRA), National Insurance Scheme (NIS), Guyana’s National Standards Office (GNBS), and ‘ r the Commercial Registry, all of which relate to small business compliance in one form or another, there was “little or nothing available” in such support that the state and the sector can provide lending its offer to small businesses that can contribute to their growth and development.

“It didn’t matter much to us as far as I gathered,” Hector Prince, a cash crop farmer from Berbice, told Stabroek Business. Prince pointed out that “in these difficult times” one would have thought that any meeting with small businesses would have focused on dealing with issues that would help to “see them through” the current crisis. He said that at a time when small farmers and agro-processors, among “small businesses under pressure,” are “literally fighting to keep their heads above the water,” it is “not really the ideal time” to talk to small businesses about compliance. In response to a question from this newspaper, Prince said that while there are urges from state agencies for the different types of

Prince, originally from Essequibo, told the Stabroek Business that he did not believe the agencies that provided advice on compliance were “on the same wavelength” as small business owners. He said that under the current circumstances, people who are unsure whether their vulnerable small businesses will survive “the crisis” will not want to know about compliance. “I don’t think the people who were there to tell us to comply at this time are on the same wavelength as we are,” Prince told Stabroek Business.

Sandra Craig, another small business owner, whose fruit-flavored barbecue sauces are a consumer favorite, told this newspaper that while it is important to comply with the various regulations, how to help small businesses sustain themselves by continuing to open up opportunities that allowed them to flourish is also important. Craig, who has been waiting to be transported from bottles from the United States to resume restocking supermarket shelves with his BBQ Sauces, told this newspaper that the virtual forum should have included “people and can help us with what we need to move our businesses forward… finance. ”When asked about the GRA commitment given at the forum that registered businesses that import raw materials for use in their production processes as well as packaging can benefit from tax concessions, Dave, another agro-processor, said of the problems associated with exploitation such concessions related to the “hassle and red tape” associated with obtaining them. “Sometimes you think it’s best to do your own thing and not bother. These things are just naked trouble, ”Dave told Stabroek Business.

This newspaper has published various articles about the need to eliminate red tape and the long procedures associated with fast processes in some state agencies by creating one-stop agencies, where possible. Earlier this week, some agro-processors echoed this view, claiming that they were far too busy with their survival to listen to what they have heard time and time again in the past. “When banks and other lending agencies start to listen to us and we get better, faster treatment from places like NIS, we start to listen more,” a Soesdyke / Linden farmer told Stabroek Business.

It will be remembered, only recently, that the opportunity for local small businesses to benefit from a significant allocation of state contracts was lost because of the sloth of state bureaucracy and the obstacles in the system. Since then the issue has not yet been raised.

The Guyana National Standards Office (GNBS) representative in the webinar provided details of the agency’s training facilities where it seeks to equip business owners with knowledge of the role of standards in improving efficiency and improving the quality of the services they provide.