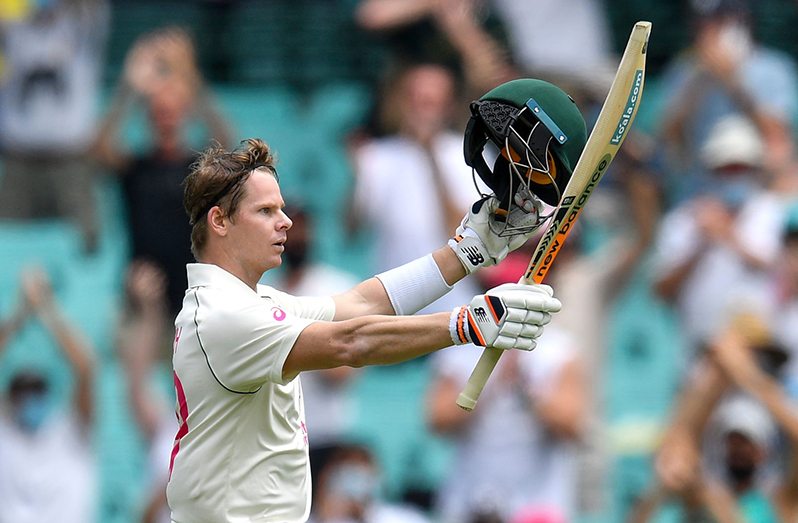 STEVE Smith’s player-of-the-match performance at the SCG has seen him leapfrog Virat Kohli to second place on the official Test batting rankings but the Australian is still chasing New Zealand captain Kane Williamson. Smith scored 131 and 81 in Vodafone’s third Test in Sydney, a performance that saw him move ahead of Kohli on 900 rating points, 19 points behind Williamson, who posted 238 against Pakistan in Christchurch.
Williamson’s total of 919 points is the highest by any New Zealand batsman ever, four more than the previous best of 915, also set by the Kiwi skipper in December 2018.
Smith was not the only Australian to move up the rankings, with fast bowler Josh Hazlewood climbing three places to become the fifth-ranked Test bowler in the world.
Hazlewood claimed figures of 4-82 against India to replace team-mate Mitch Starc at No. 5 (Starc had dropped to No. 8) while Pat Cummins’ five wickets at SCG saw him edge further clear at the top the Test bowling sites. Unbelievable! Hazlewood brilliance runs out Vihari.

Marnus Labuschagne, who produced scores of 91 and 73 in Sydney, is now just four rating points shy of third-place Kohli, and another good trip at the Gabba – his home turf – in the fourth Test could see him excel on an Indian supermarket.
While individual rankings are updated after each Test, team rankings are updated at the end of each series.
With Australia and India locked at 1-1, the outcome of the fourth and final Test will have significant implications on the rankings.
A victory for Tim Paine’s men will see them regain the No. 1 position at 119 rating points, one clear from New Zealand, who emerged victorious for the first time after their 2-0 series win over Pakistan.
However, a victory in India will move them up to second and Australia to third at 113 points, while an average match will see no change to the table. (Cricket.com.au)