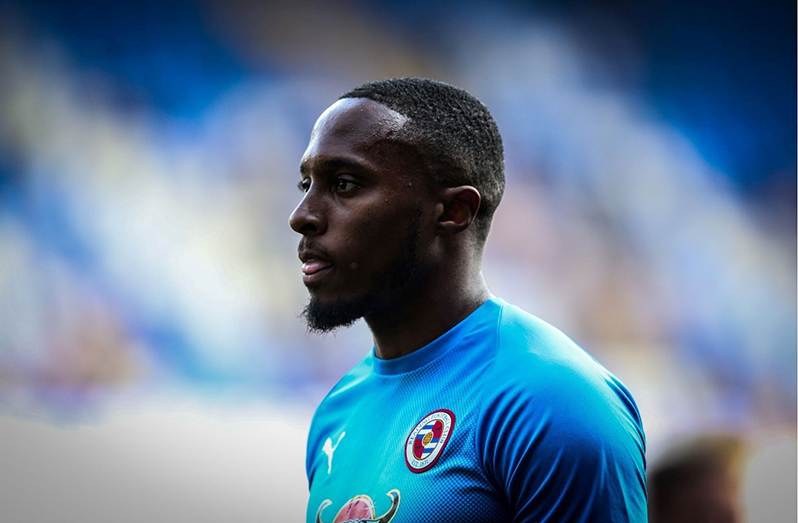 Mitchell, 23, fired home an angle shot low to the bottom corner with 10 minutes remaining before the six-foot, three-inch striker converted from the spot four minutes from time.

In League One, St Kitts and Nevis defender Michael Nottingham produced a fantastic 20-minute finish to secure a 2-1 win for Accrington Stanley at Oxford United.

Nottingham, 31, managed a clearance with a clever first touch and then rode home a volley of 10 yards to bring Accrington a vital victory for their slim hopes of reaching the play-offs, all but bringing Oxford to a close.

Harriott, 27, put Colchester ahead on 33 minutes when his first shot flew in for the first time after Frank Nouble helped introduce Courtney Senior to his path.

But substitute Tom Beadling saved the visitors a point in the 88th minute when he hit home a low shot from the edge of the area.

In the Championship, Lewis Grabban, who played in two friendlies to Jamaica in 2015, helped nudge Nottingham Forest closer to safety from being denied with a 63-minute goal in his team’s 3-1 victory over Queens Park Rangers.

Alex Mighten opened the scoring just before the break and Grabban doubled Forest’s lead before midfielder James Garner, on loan from Manchester United, made it 3-0.

Substitute Lyndon Dykes headed in Albert Adomah’s cross for the comfort of injury time for the visitors.

Bermudian striker Nahki Wells scored his 10th goal of the campaign, but in the end proved to be a consolation only as Bristol City went out of all sorts down 3-1 in the Championship battles, Coventry City.

Wells, 30, seemed to have set up a nervous finish when he took advantage of Kyle McFadzean’s comeback pass in the 79th minute, after seeing home keeper Marko Marosi make a lovely response save to keep his effort out in the first half.

Coventry took the lead early through Leo Ostigard and doubled their lead with a Matt Godden penalty kick on 63 minutes before Viktor Gyokeres settled it with a third on 87 minutes.

Manager Nigel Pearson, whose tough start at Ashton Gate has now lost by five and won only two of his first eight matches at Bristol City, said: “It was a poor performance and a careless one too. We gave away soft goals and didn’t compete on a physical level.