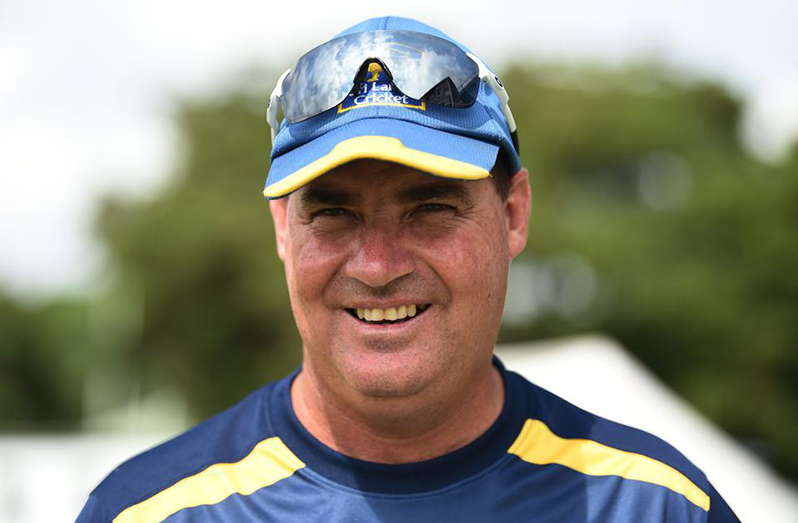 JOHANNESBURG (Reuters) – Sri Lankan coach Mickey Arthur is looking forward to pushing it out with his South African counterpart, Mark Boucher, when the teams kick off a two-test series in Pretoria on Boxing Day, praising him the former wicket-keeper for his aggressive style on the pitch.

Boucher was one of Arthur’s most trusted senior players when the latter coached the Proteas between 2005 and 2010 with outstanding Test success.

“Mark Boucher and I go back a hell of a long way and I’m really looking forward to locking horns with him,” Arthur told reporters on Monday.

“He was an aggressive player and I’m sure he will be an offensive coach as well. It will be our responsibility to match that intensity.

“There is a wonderful familiarity to me now walking to the grounds. Africa never leaves you. Hopefully that knowledge of the conditions will be of great benefit to us. ”

Arthur was in charge of Pakistan when they lost a 3-0 test series in South Africa last year.

Sri Lanka is moving straight from their bio-bubble on the Highveld to Galle for a test series with England that will start on January 14, just seven days after the end of the second test in Johannesburg.

So they have a 21-man squad in South Africa and Arthur thinks he is covered for all conditions.

“We have a very good steam and spin bowling attack, and I’m comfortable that our top six batters can prepare for any conditions,” he said.

“We want to create some consistency of selections and roles. England is a home series, where our strategy and game plan will be far different from South Africa.

“But if you play well and get some wins along the line, regardless of the conditions, you take confidence and belief, which is very powerful within a playgroup.”