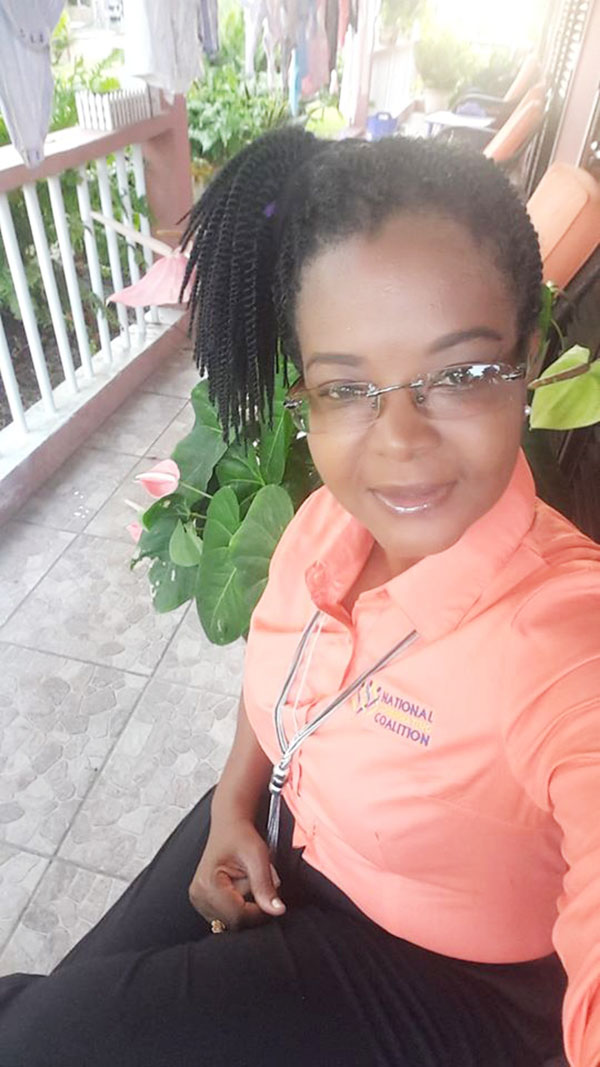 Stigma and discrimination continue to be the biggest barriers for people living with HIV adhering to their medication regimen, affecting the country’s ability to achieve UNAIDS 2020 “90-90-90” goals, according to the Executive Director of the National Coordination Coalition Inc. (NCC) Simone Sills. The 90-90-90 goals set by UNAIDS aim to see 90% of people living with HIV aware of their HIV status, 90% of people diagnosed on antiretroviral treatment, and 90% of those on treatment are orally suspended.

“Discrimination continues to be the biggest challenge in sticking to the need for that support, you need that encouragement and if you hide to take your medication it puts you in a position where you are you are more likely to forget because you can’t develop a routine that is essential to stick to, ”Sills told Stabroek Weekend in a recent interview.

He underlined the importance of the support and encouragement of an absent family when people cannot disclose their status for fear of discrimination. Sills said she hopes more people will be able to see that HIV is just like any other chronic disease.

“We hope that the stigma associated with HIV will only go away further because of the experience of COVID-19,” he said, noting that the latter has shown that there is an illness that can be more fatal than HIV.

People, he said, continue to hide their status for fear of ridicule and the less people talk about what is happening, it becomes even more likely that someone else will be affected.

“And so education is the key. With education comes empowerment and with empowerment you have the ability to make better choices. Information is what gives you that education and if people are scared by discrimination [decide not] to share that knowledge then we are all the poorest about it, ”he stressed.

He also said that stocking medication sometimes affects adherence although it is not the biggest barrier. Another issue that contributes to non-compliance is when people start to feel better that they tend to skip their medication, which is people’s general cultural behavior when they are ill.

“The challenge is that you have to take your medicine for the rest of your life, even on days when you feel good,” he noted.

But he stressed that discrimination is always on the list of why people are struggling mentally, physically and in every way because they are not going to let others know what is happening to them if are they going to be ridiculed.

In recognition of World AIDS Day, observed on December 1, Health Minister Dr Frank Anthony said the country had made great strides in achieving the first of the 90-90-90 goals. He said that, towards the end of 2019, Guyana had recorded 8,700 people living with HIV with 73% of them on antiretroviral therapy and 75% orally suspended.

But with the coronavirus life has become more difficult for people living with HIV.

“The issue of not wanting to put yourself at greater risk, to take the opportunity to get your medication when it’s finished. Some would rather say I’m staying home and so the support for people living with HIV in the coronary virus crisis has really created a bigger challenge for us, ”said Sills.

He emphasized that the communities that suffer most economically and otherwise when such crises occur are the already vulnerable and therefore if very stringent measures are not put in place to assist them, they will suffers.

Sills pointed out that some of the psychological support that HIV-positive people receive through some of the health centers has been “torn apart by the need now for social isolation”. They can also not meet their support group and as it is about the new way of doing business, which is more or less, Sills said they need an internet connection that many who are already financially lacking.

“And while the virtual platform is, it’s not the same as being personal. It removes some elements of interaction and that is true [affecting] those who need it, especially individuals who have not disclosed their status to their relatives and so find it difficult for those who need it most, ”he added.

Sills believes the saying ‘be your brother’s keeper’ is more important now than ever and as a result he is still trying to meet his group but revealed that a recent meeting had to be canceled because people were afraid of COVID-19. He urged people to be kind and look out for others because they could be the straw that cuts the back of the proverbial camel or the bridge that helps a person get back on the path of life.

“The coronavirus has been a big one for people living with HIV and AIDS… Once it hit the beginning of the year, it was a big one,” he added.

It has created another barrier to adherence to medication as people are not getting enough to eat and are therefore unable to take their medication.

“If you do not have food you would not take it and if you do not have money to buy food you are not going to take the medicine,” said Sills, before observing the support provided through the National AIDS Program Secretariat is Not Enough.

He explained that when a hamper is given, that person cannot be instructed not to share it with others in the home when lack of food is a problem. Although it is envisaged that the hamper would last one person for a certain period to ensure that he or she is taking his or her medication, in most cases, they must share it with others in their homes.

Sills also said that there is no ongoing support and therefore survival becomes a real issue and those who are not working may well turn to “some survival”. While they can ensure condom use, they are also vulnerable to COVID-19 which comes with its own challenges.

“HIV with the advent of coronavirus has brought us to a place where you never thought of it before… even as we think we are dealing with all the recurring challenges as such, this is a challenge has taught me so much more in terms of HIV and other pandemic that [affects] the survival of those individuals, ”noted Sills.

Depending on where people are with their day-to-day stability, said Sills, who decides what their actions will be and some will put themselves in circumstances that exacerbate what they already face, and they will feel as if they are in a whirlwind of struggle.

“It’s not meant to be taken lightly so those of us running around the streets should mask smaller and group up thinking about the consequences and that people whose behvaviour literally decides their survival,” he warned . He called on people not to be selfish and to be aware that contracting the coronavirus can be fatal for those who already have a compromised immune system.

But something bad can come from every bad piece, and with the coronavirus Sills believes if it could be messaged in such a way to bring about a change in how people interact with people living with HIV then there will be some good.

Sills, meanwhile, said Guyana has done well in the overall response to HIV.

“We have done a tremendous amount of work encouraging and getting people on treatment. We’ve done a good job of trying to make people stick. The health centers have had case navigators and case managers … a person living with HIV who is responsible for getting immediate contact and encouragement and keeping any other person coming to that center and who are HIV positive in appearance, ”he said.

He urged that authorities, which are responsible for ensuring the availability of medicines and subsequent services, must ensure that those services continue to run smoothly. He said they should also ensure that policies and procedures with implications for impact remain the highest priority and that the gains made should not be lost, he added.

“But as a country I think we can be proud. I know you don’t want to be proud to even affect one of your citizens but we are where we are and have been one of the top Caribbean countries as it relates to the response, ”Said Sills.

The NCC is a registered NGO which is the coordinating body for some 38 other NGOs with discretionary membership. The NCC is an independent organization and so are its members. It provides technical support to partners and non-partners and the partnership focuses on organizational strengthening, shared advocacy and resource utilization.

The history of the NCC goes back to 1999 and began that partnership with six NGOs working and cooperating in response to HIV. Since then the partnership has evolved to respond not only to HIV but to many other issues. The history of the NCC as it relates to the response to HIV has come a long way but there is still much work to be done. The NGOs involved, according to Sills, through a partnership with the Ministry of Public Health, provide more than 50% of HIV services.