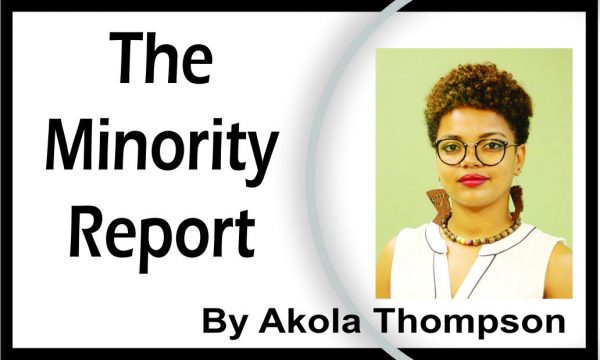 There are many political ideologies that governments around the world tend to hold to themselves. Within these ideologies they create a sense of identity for their people and their way of governing. Whether viewed as democracies, republics or dictatorships, as capitalists or socialists, the pursuit of power and control has long been the hallmark of governments.

US A has long promoted itself as having the most powerful and greatest legacy of the modern world. Democracy, freedom and equality are the messages that are mass-produced and forced down the throats of the Global South. They sell the myth of diversity, opportunity for all and a fierce commitment to the peaceful transfer of political power. Those who do not play by their specific rules are treated, condemned and punished.

From Guyana’s important elections in 1953 to our most recent in 2020, America along with its partners in the north has long used its power to swing the pendulum where they want it to go. Aware of how racial partisanship would keep the country from finding its collective base, they are helping to push a narrow tribal notion of people divided between perpetual victim and victor. By continually blazing the flames of ethnic tensions, they encourage our lack of empathy towards our compatriots.

The US has long struck me as a narcissistic abuser. He points his critical fingers to each nation, without admitting his own faults and their role in the underdevelopment and destabilization of other countries. Presenting incidents of state violence against Black and brown populations, abuse of the coronavirus pandemic causing widespread deaths and allegations of fraudulent election in the absence of probation, all combining to reveal the true image of a nation aiming to rule everything itself.

A few months ago in the Guyana elections, US Secretary of State Mike Pompeo noted that forces were refusing to accept the people’s will at the ballot box. He said “Guyana’s undemocratic trajectory is dangerous to its citizens and to the hemisphere as a whole.”

The tone of democracy changed quickly, however, when Joe Biden and Kamala Harris won the required election votes for President and Vice President. Donald Trump, Pompeo along with many U.S. representatives have now dismissed the victory as fraudulent, reflecting the previous Guyana administration’s allegations of illegal votes. It seems that democracy should reign freely and equitably only across the Global South, but bend to the whims of US-invested politicians of A.

Nothing of this is surprising of course once we recognize America’s self-destructive practice for what it is. They have spent more than a century directly interfering with Latin American and Caribbean politics. Interestingly enough, the US is never labeled as an authoritarian. Put simply, they are deus ex machina that brings relief through political destabilization to those in the third world.

Just in 2019, the United States in cooperation with the historically white elite and racist mestizo succeeded in replacing former President Evo Morales of Bolivia. Morales was the country’s first indigenous president and a promising fighter against American intervention. Despite Bolivia seeing significantly reduced levels of poverty and unemployment under Morales, the United States in 2009 initiated “democracy promotion” programs aimed at undermining “the Evo Morales Movement Towards Socialism through harsh tactics.” This was after Morales expelled the American Embassy for suspicion of political interference.

And yet America remains the basis of democracy in the eyes of many. If nothing else, they maintain a well-oiled and running propaganda machine. We in the Caribbean often see America through a lens far away from us. America is seen as this mythical land of opportunity where everyone will do it if they just try hard enough.

This myth has been crumbling before our eyes but many still maintain a firm commitment to American ideologies and principles. The truth is that these ideologies are not very far removed from those in the Caribbean, because they all focus on the same things. In both Democrats and Republicans, many may want to be seen as the former because identifying with the latter often brings a stigma attached. So Caribbean people could label themselves as Democrats but still believe in anti-poor, anti-Black, anti-women and anti-immigration amongst themselves.

White supremacy is so normal that people do not address it or explore how all other issues can be understood in its context. We often make the mistake of believing that only those who are not educated, financially stable etc. can be racist. This is not the case of course and many use their various degrees, wealth and connections to perpetuate discrimination and harmful stereotypes and systemic barriers to Black, Indigenous and Colored People (even if they themselves are BIPOC) .

In the Caribbean, we trade in anti-Blackness and narrow ideals of nationalism. This is why there are always protests about which country is better and why all whites are readily accepted but BIPOC is often rejected. We only have to look at the open arms that “expats” welcome and the prison cells that Haitians meet.

Many Latin American and Caribbean people living in America, especially the non-Black, are fierce republicans, despite the discriminatory acts and policies perpetrated against BIPOC. They are willing to give in to certain things to ensure that women’s reproductive rights are suppressed; LGBTIQ people never know equality and the rich pay less taxes. Conservatism is the only true ideology. While some might strike against police violence, overt racism, classism and xenophobia, in the end, America remains the land of the great and the free.