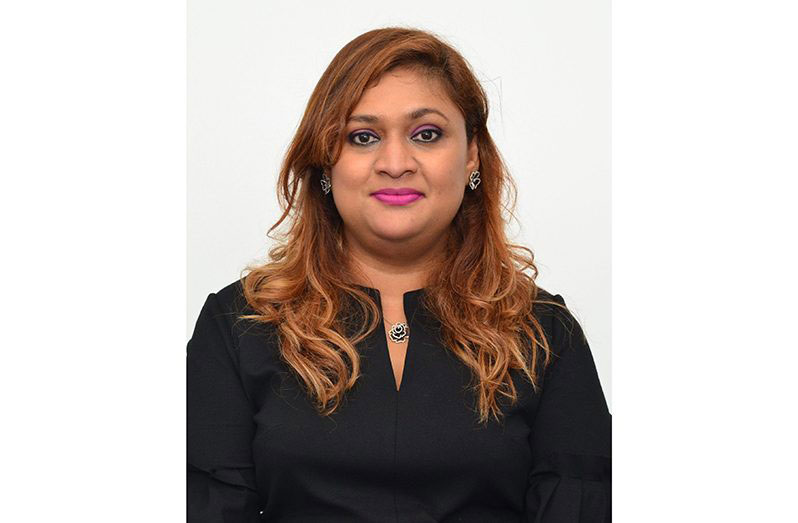 THE application process has opened for the first batch of participants at the “Guyana Online Learning Academy” (GOAL), where around 4,500 scholarships are expected to be awarded this year.
This first tranche offers scholarships across 84 different programs from five different institutions. Programs range from two- to six-month certificate courses that require no formal qualifications to master’s and postgraduate diploma programs requiring a bachelor’s degree for entry. The scholarships are part of the government’s general pledge to announce 20,000 scholarships online over the next five years. The scholarships are offered through cooperation between the Ministry of Education (MoE) and the Ministry of Public Service (MoPS).

“The MoE deals with the technical aspects, but once that is done, the applicants go to the [MoPS] for scholarships because we don’t give scholarships in education, we never have, ”Education Minister Priya Manickchand explained in an interview with the Guyana Chronicle on Sunday. People can apply for programs listed under the project by either calling a physical application to the MoPS at 164 Waterloo Street, or by submitting applications online at either http://education.gov.gy/ or https: //scholarships.dps. gov.gy/.
A copy of the application was also published in the Guyana Chronicle on Sunday, and individuals can cut and use those published applications. Applicants are required to submit a passport size photograph, copies of their academic and identity certificates, a motivational statement and a letter of support from someone in authority.

“We want to be able to offer training to people who feel they need it without restricting that training to only individuals who are traditionally qualified or eligible to enter the universities,” said Manickchand .
Universities where programs are currently offered include the University of the West Indies Open Campus, located in Barbados; University of the South Caribbean (USC) in Trinidad; University of Applied Sciences (IUBH) in Germany; Indira Gandi National Open University (IGNOU) in India and JAIN’s “Deemed To Be” University, also based in India.

For UWA, a number of programs are specifically targeted at teachers. These include a Certificate in Teaching Reading and three different postgraduate diplomas. Under USC, a Bachelor’s Degree in nursing is offered, which requires applicants to be a registered nurse and a Bachelor’s Degree in Special Education, for which entry requires the applicant to be a current teacher.
Under the IUBH, three-year Bachelor’s Degrees in four fields are offered as well as two-year Masters Degree programs in four fields. According to its website, IUBH prides itself on being Germany’s largest University with a network of nearly 70,000 students and over 200 Bachelor’s, Master’s and MBA degree programs.

CERTIFICATE COURSES
There are several short-time certificate courses and diploma programs offered by the IGNOU as well as Bachelor’s Degree and postgraduate diploma programs. IGNOU is a government-owned university founded in 1985 and named after former Prime Minister of India, Indira Gandhi. JAIN University “Deemed To Be” is a higher education institution based in Bangalore. In India, a “deemed” university is a higher education institution conferred with university status.
Minister Manickchand explained that while GOAL will only start offering programs at the listed institutions, there are plans for the listed organizations to be expanded.

“This is not an exhaustive list, it’s a first try. We work with other universities. We could even get courses from Harvard. But it depends on costs. We chose universities where the costs will allow us to do several people at once, ”explained Minister Manickchand. He noted that a Memorandum of Understanding (MoU) had already been signed with the universities listed so far. Under the MoE, GOAL will be managed by MoE Special Projects Officer, Professor Jacob Opadeyi. The program will have its own website and staff. Given the work, the ministry decided to start accepting applications, even as it continued to work on the website. “We don’t want to wait until it’s all over before we start asking people to apply. People can start applying now and we can start vetting so people can go ahead when classes start. We have to do things at the same time otherwise we would waste a lot of time, ”said Manickchand.

EQUAL OPPORTUNITY
Scholarships are awarded to applicants on their programs of choice based on acceptance into the program by the institution. Emphasis is placed on making GOAL accessible to citizens in hinterland regions, in order to ensure equality of opportunity for all citizens. “This is a program for Guyana and Guyanese nationwide, designed specifically for the people of this country to give them opportunities. We are going to make the program accessible, “said the minister, adding” We are currently working on determining how students [in the hinterland villages] can access these programs. Remember, it’s an online program and they don’t have connectivity, so how do we do that? So those are some of the things we’re talking about right now and we’re trying to fix them. “

Also speaking to the Guyana Chronicle on Sunday was Public Service Minister Sonia Parag, who noted that while some of the scholarships offered to public servants will form a parcel of the scholarships under GOAL, ‘ The online academy is about providing a broader platform that goes beyond public service.
“We are looking to gain human capital for the public sector and nationally as well; in doing so, we provide these necessary and relevant areas of study for people to gain the necessary skill set. We have different categories we look to award, such as the public, the disciplinary services, and the public servants, ”he said
He noted that while people awarded scholarships will be required to give back to the country, in some cases people will have to give back in the form of community service, and not necessarily by enrolling in the public service, such as which is customary with the service scholarships public.

“We are looking for people who come to stay in the public service. But the MoPS has its usual budget for awarding scholarships in relation to what is required in the public sector, ”said Parag.
He added: “There will not be the same conditions and requirements as normal scholarships through the MoPS, because this will be the wider public as well. It’s more geared towards higher education, so we’re looking to do more community service in many forms to allow people to bring the necessary skill sets back to the country. “
He noted that the program is about taking education across the country, in a holistic development of the nation’s human resources.
“Education is high on our list and securing higher education is a priority, and of course we are looking to give people who are financially unable to access tertiary education equal opportunities across the country, in the different regions, He said.