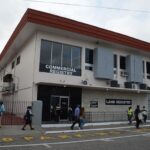 Kaieteur News – As part of its mandate, the Commercial Registry is calling on companies in Guyana to submit the names of their beneficial owners.
The beneficial owners are the people who ultimately manage an asset as well as benefit from using it. The Registry, in an advertisement in yesterday’s paper, asked companies to submit a beneficial ownership statement, specifying the person (s) who owns / controls and controls 25% or more of the company’s shares.
Importantly, the registry stated in their advertisement that all notices issued or previously issued in respect of beneficial ownership, including the notice published in the Official Gazette, had been withdrawn.
The call for companies to put forward the names of their beneficial owners comes at a time when the beneficial owners of the Kaieteur and Canje blocks – two oil blocks awarded under the People’s Progressive / Civic Party (PPP / C), are in great contention by former President Donald Ramotar, just before he suspended his job in May 2015.
With the Canje Block, one of its owners, JHI Associates, is incorporated in the British Virgins Islands (BVI), a place known as a secrecy jurisdiction and tax haven.
This is a big red flag for governments that prioritize transparency and mitigate corruption risks. It is difficult for authorities to obtain information from tax havens like BVI.
The company’s CEO (CEO), Canadian John Cullen, seems to be laying the country’s roots in that jurisdiction. Its website was created in June 2015, and has added bits and pieces of information over time. It claims to have been formed in 2011 and expanded its core team to support Mid-Atlantic Oil and Gas in 2013 – the year the block was applied for. The Mid-Atlantic is the first recipient of the Canje Block and currently holds a 12.5 percent stake.
It’s worth noting that JHI, a year before Mid-Atlantic took over the block, completed a “pre-license farming in” with Mid-Atlantic in 2014, according to its website.
It is unprecedented that a company can “farm in” a block even before the block is legally signed off, as such a farm would have to be approved by the host government.
Why this happened could be explained by examining the multiple links between the Mid-Atlantic and JHI, as expressed in a series of articles published by Kaieteur News. Mid-Atlantic’s sole shareholder, Edris Kamal Dookie and Cullen have a history together as co-founders of CGX.
They, along with another JHI member (Scott Young) are the owners of a company called Oyster Oil & Gas. While Guyana knows that Dookie is the only shareholder in the Mid-Atlantic, disclosing JHI’s beneficiaries will throw much more light on what happened with the Canje block.
It was recently announced that by 2023, BVI would create beneficial ownership registers for companies incorporated there.
By then, Guyana would have a chance to know who profited from selling its Canje block to ExxonMobil and Total.