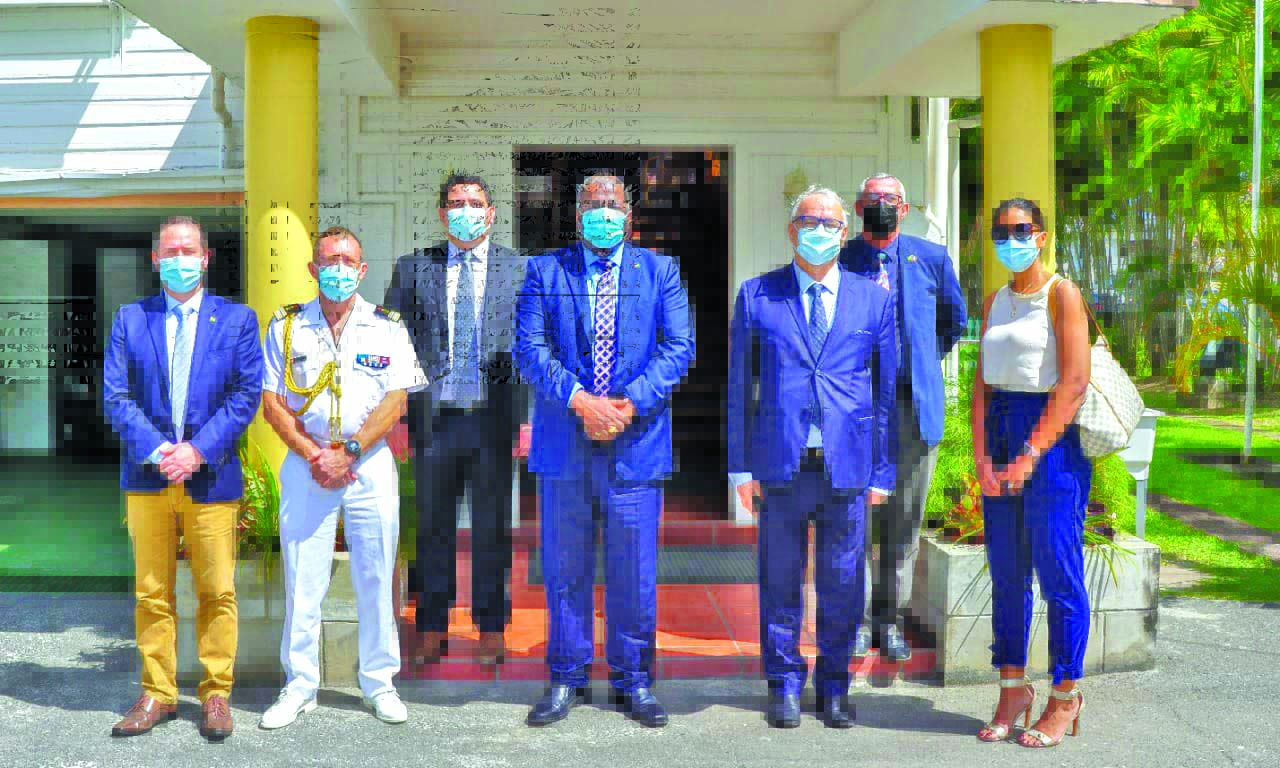 … As France seeks to be a proactive partner with Guyana

The non-resident diplomat and his delegation discussed the Guyana Development Agenda and the growing cooperation between the two Governments. Also on the program was a talk on Venezuela’s aggressive behavior, which recently caught two Guyanese boats with fishermen in Guyana waters.
To this end, the Ambassador reiterated his support for Guyana, the Department of Public Information reported.
“We fully support Guyana’s management to resolve the border conflict with Venezuela – that is, respect for international law, the competence of the International Court of Justice and of course we regret the way Venezuela took your boats and the fishermen and I want to express my solidarity to the fishermen and their families and I hope they are released very quickly, ”DPI quoted the Ambassador.
The Ambassador first noted the support of the French Government earlier this week during a meeting with the Attorney General and Minister of Legal Affairs, the Honorable Anil Nandlall, SC.
The meeting was the second between the Prime Minister and Ambassador Joly.
According to the Prime Minister, Friday’s follow-up was to discuss the progress made from October 2020 to the present day, adding the territorial debate between Guyana and Venezuela.
“The Ambassador came to update me on the commitments he has received and the progress made so far after our last meeting; we talked about police co-operation, defense, commerce, the health sector and private sector engagement – I think we’re moving in the right direction and I really appreciate that. “
The Prime Minister said he was also encouraged by France’s position on the Guyana-Venezuela border dispute and the support Guyana has received from other nations.
“The OAS and many countries came out in support of Guyana’s position and we are happy that the French did the same.”
The Ambassador, who lives in Suriname, told the Prime Minister that his Government was interested in developing and improving economic cooperation in the Guiana Shrine.
“I confirmed to the First Minister that we are interested in becoming partners for the bridge between Guyana and Suriname, not only in the building but in developing the vision and need for infrastructure to connect Brazil, Guiana France, Suriname and Guyana. We have a lot to do together on the Guiana Shield and to improve our economic cooperation and we are working on that. “
The Ambassador added that he and his Government were impressed by the Guyanese Government’s vision.
“What I said to the First Minister is that I really want to strengthen this relationship, we are impressed by the work done by the new Ministry, and we will be coming back in March to strengthen things.”
The French delegation also included the French Defense Attaché to the Suriname Republic and Guyana Lieutenant Colonel Philippe Lamouret, the French Foreign Trade Adviser and the French Honorary Counsel in Guyana, Jean-Francois Gerin and several French entrepreneurs.