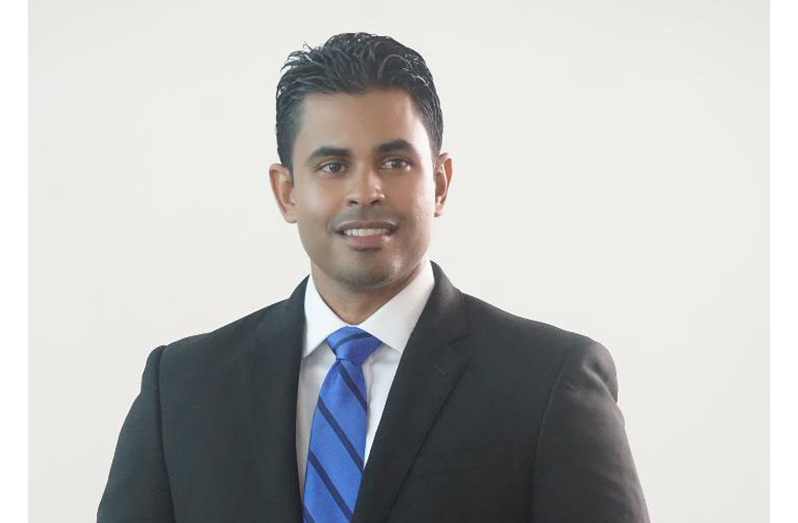 FOLLOWING the restoration of the Cricket Administration Act last September, Minister for Culture, Youth and Sport, Charles Ramson Jr., said he will not engage with the current Guyana Cricket Board (GCB) on game-related issues, calling the body is ‘illegal’.
Minister Ramson, when addressing reporters at the Guyana National Stadium, was adamant that his ministry, and by extension the Government of Guyana, “does not recognize the body that calls itself the Guyana Cricket Board, as the legitimate body that supposed to represent Cricket in Guyana ”.
Under the former Minister for Culture, Youth and Sport, Dr Frank Anthony (now Minister for Health), the Act was introduced in 2014 and first sought to make it legal for GCB to be established as a corporate body comprising of Demerara, Essequibo and Berbice cricket boards, all of which will also be corporate entities.

Behind the Minister for Culture, Youth and Sport, Charles Ramson, the Government won an appeal against a High Court injunction in the Court of Appeal, which is now paving the way for the restoration of the Cricket Administration Act.
“Since the restoration of the Act, until there is an election where the persons elected to hold those positions are in accordance with the Act; until that happens, the ministry is not engaging with a body that is not in compliance with Guyana laws, ”noted Ramson.
The minister further pointed out, “that is why, since the Act was restored, we have not engaged with the body that calls themselves GCB and although we have not done anything that would deter them from carrying out activities, we engage with them formally because we do not recognize them as the legitimate body representing cricket in Guyana on a National basis, until they comply with the Act. ”

“There is a court decision that will come in a matter of a couple of days that will direct when those elections are held but until that happens, we are not engaging with any illegal organization,” he reiterated Ramson.
Meanwhile, Minister Ramson, Attorney-at-Law by profession, reiterated that, as Minister for Sport, he intends to work with all stakeholders of the ‘Gentleman’s Game’, in an effort to preserve the rich history of Cricket in Guyana, and secure the future the sport.
Ramson had stated that it was not for him to “choose individuals who would represent Guyana’s interest, the process that is important to me. I’ve told that to all stakeholders and that’s what I intend to stick to. ”

Based on the Act, the Sports Minister should call the first elections of the Guyana Cricket Board (GCB) by law in consultation with the West Indies Cricket Board (now India Cricket West).
A section of the Act also addressed the issue of fantasy voting for election of persons for administrative posts while at the same time conferring a limited power on the Minister of Sport. The role of the minister under the legislation will be to appoint the Ombudsman only and his role is coming to an end.
The Act, as a previous article in Chronicle Sport noted, also provides for better financial accountability with the cricket board having to submit timely audited financial reports to the National Assembly, as well as the National Sports Commission (NSC) ).