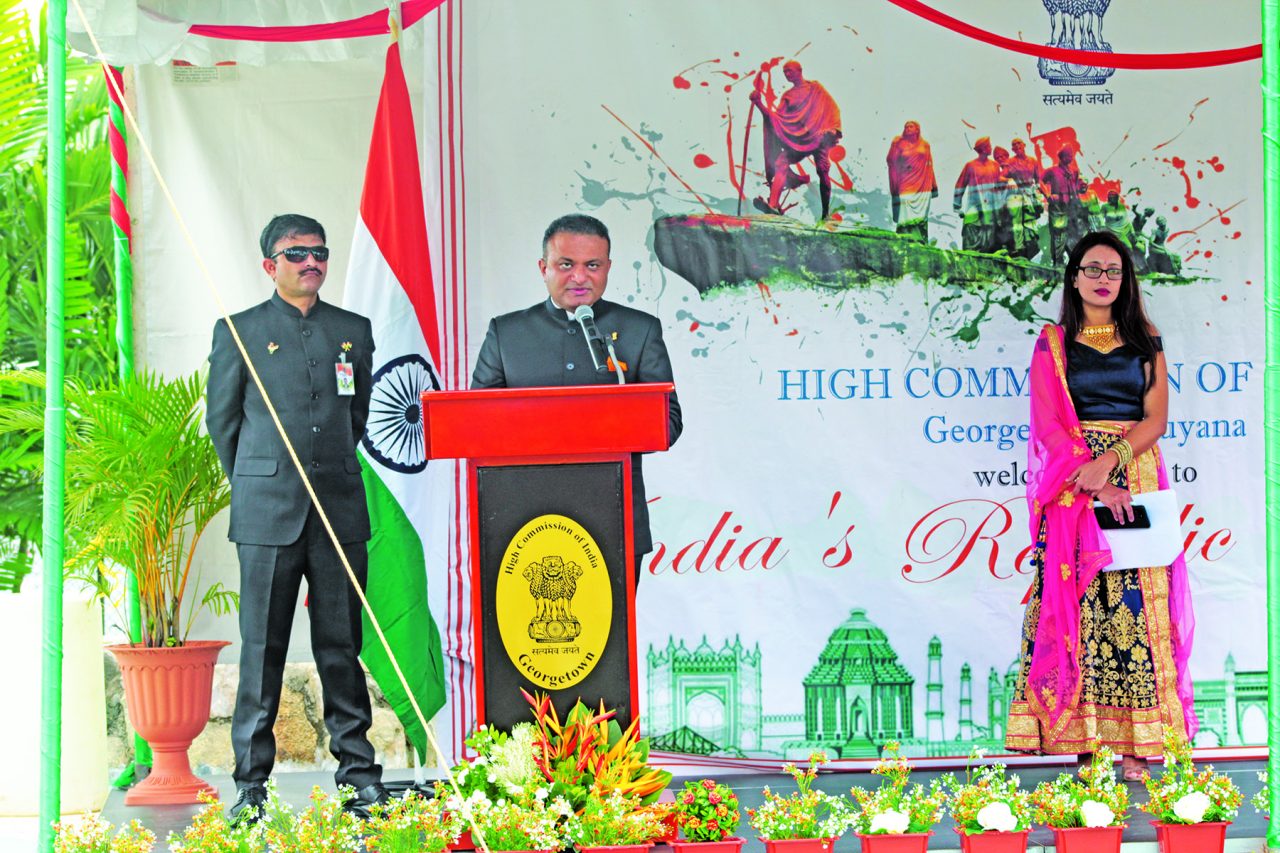 The Indian High Commission in Guyana has intensified its efforts to maintain Indian culture in Guyana by visiting and donating instruments to several temples and artistic institutions.

The High Commissioner interacted with the worshipers and members of the different communities. He also provided three harmonies, two sets of tabla drums and one dholak drum.
He also took the opportunity to educate residents about the initiatives undertaken by India including the scholarship program open to all Guyanese.