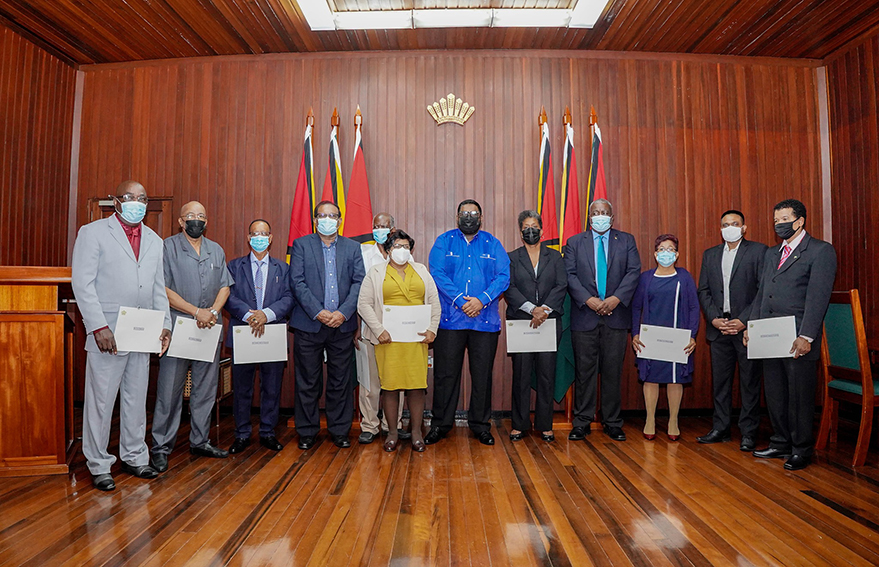 Eight new members of the Local Government Commission (LGC) took the oath in office yesterday morning, paving the way for the body to resume oversight of local government organs across the country.

Those sworn in yesterday at the President’s Office were Clinton Collymore, Carol Sooba, and government-nominated Norman Whittaker, opposition-nominated Clement Corlette, Joan-Ann Romascindo and Nicola Trotman, and Carvil Duncan and Julius Faerber, representatives of the trade unions and local democratic organs, respectively. They will serve as commissioners over the next three years. The life of the first LGC ended in October 2020.

On the sidelines of swearing in, President Irfaan Ali explained that the Minister for Governance and Parliamentary Affairs Gail Teixeira had facilitated consultations and in writing asked for nominees for the commission from Opposition Leader Joseph Harmon. This is the first known formal consultation between the government and Harmon in his role as Leader of the Opposition.