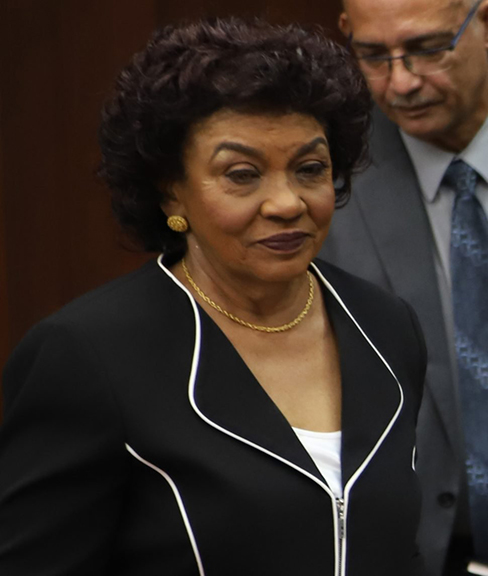 The Private Sector Commission (PSC) today called on the Chairman of the Guyana Elections Commission (GECOM), Appeal Justice (R’td) Claudette Singh to “speak up and speak out” about steps being taken to put everything right place with the commission and to do so quickly.

The PSC made the statement in light of the fact that local government elections are due next year but that GECOM has gone silent on related issues.

Noting the fact that senior election personnel including Chief Election Officer Keith Lowenfield are now in court accused of misconduct in public office, the PSC said “It is inconceivable and certainly unacceptable that GECOM should proceed to hold Local Government Elections while these officers are still employed and involved in the conduct of these elections ”.

GECOM senior officials, including Chief Returning Officer Keith Lowenfield, and Class 4 Returning Officer Clairmont Mingo, and a number of other officers who assist these officers and an Information Technology Officer, are being charged in the Courts with “Misconduct in public office”. However, to the best of our knowledge, none of these officers were dismissed from their employment with GECOM, nor were they suspended from duty.

It is inconceivable and certainly unacceptable that GECOM should go on to hold Local Government Elections while these officers continue to be employed and involved in the conduct of these elections.

We have heard nothing from the Chairman of GECOM since August 2, 2020, regarding any action being taken regarding GECOM’s readiness to hold Local Government Elections.

Although we have not heard anything officially from the President’s Office, it is likely that President Ali has already questioned the Chairman of GECOM about GEOCOM’s willingness to hold these Elections. Enough time has passed since the PPP / C government took office for the public to find out what’s happening at GECOM.

The Chairman of GECOM cannot refuse to take action to clean up the Commission on the grounds that the APNU / AFC has filed an Election Petition before the Courts. It is likely that Local Government Elections will be held well before the petition is finally heard. The Election Petition cannot be used as a means of delaying or delaying GECOM’s readiness to hold an election.

Our country, since August 2, 2020, has already begun to move forward and prosper from the political stability in place and the obvious progress being made of a host of new development expenditure, private and public, immediately the horizon despite the ongoing challenge of the COVID-19 pandemic.

It would be a highly regressive step, therefore, if GECOM’s failure to properly prepare itself to hold Local Government Elections when they fall due, would again lead our country to be subjected to the threat of further political instability.

Therefore, the Private Sector Commission wishes to encourage the Chair of the Electoral Commission to speak up and speak out on the steps being taken to put right everything that has gone wrong at GECOM and to do it quickly.