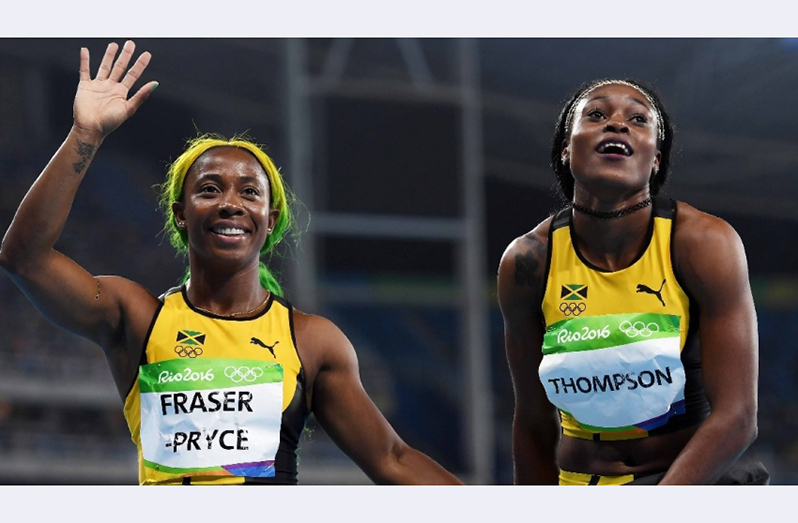 ELAINE Thompson got the gold over Shelly-Ann Fraser-Pryce in Podiums Track and Field News for 2020.
The magazine, which is considered the sport’s Bible, has selected the top three athletes in each discipline and ranked them for gold, silver and bronze, based on their performances during the season.

The three athletes selected in the Women’s 100m were unbeaten during the season but for T & FNews, Elaine Thompson was their gold medal winner by virtue of her flagship 10.85 at Rome in Rome on September 17. The 2016 Olympic double champion 10.87 in Doha on September 25 to close the season.
The Jamaican national record holder also clocked another sub-11 in a 10.92 run at the National Stadium in Kingston on August 22, where he ran a 10.73 with a wind assist at Jamaica College on July 25.

The four-time World 100m champion, whose best season came 10.86 at the National Stadium in Kingston on August 22. was awarded the silver medal. The two-time Olympic 100m champion also ran 10.87 at the same venue earlier that month.
Upcoming star Sha’carri Richardson was the bronze medal winner based on her 10.95 run at Montverde Academy in Florida on August 11.
The 2019 NCAA 100m gold medal winner and U20 world record holder had times with a wind assist of 10.79 and 10.83, times that symbolize the legality of his personal best 10.75.